What happens when people rapidly switch between 2 languages in a conversation? 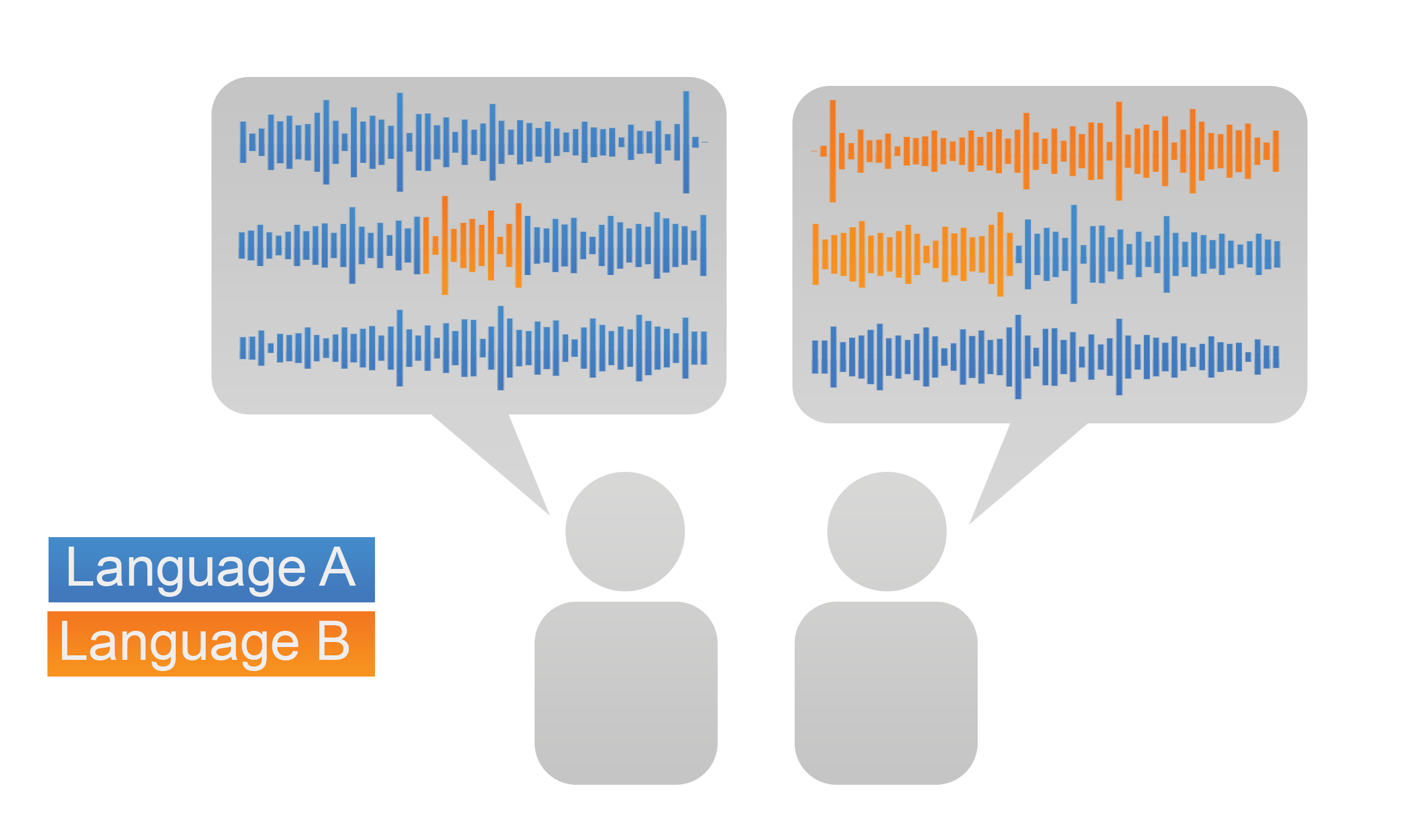 What is code-switching and who does it?

Code-switching is when bilingual or bidialectal people use two or more languages (or dialects) in a conversation.

When people code-switch, they can switch from Language A to Language B for just one word, entire sentences, or from one speaker to another.

Previous work on code-switching has been done primarily on the morphosyntax (word structure and order) of languages in contact with English.

Discovery:
What happens when bilinguals code-switch between unrelated languages?

Specifically, what happens to the sound systems of these two languages during conversational code-switching?

Established work on morphosyntax showed evidence for a "Matrix Language Effect": That is, any differences in word structure or order between the two languages defaults to the patterns of the Matrix Language (the more dominant language of the conversation).

Would this effect carry over to differences in linguistic sounds systems as well?

To test this hypothesis, I wanted to look at naturalistic speech from two unrelated languages that are in high contact and have clear differences in their phonetic (sound) systems: Spanish and Basque. 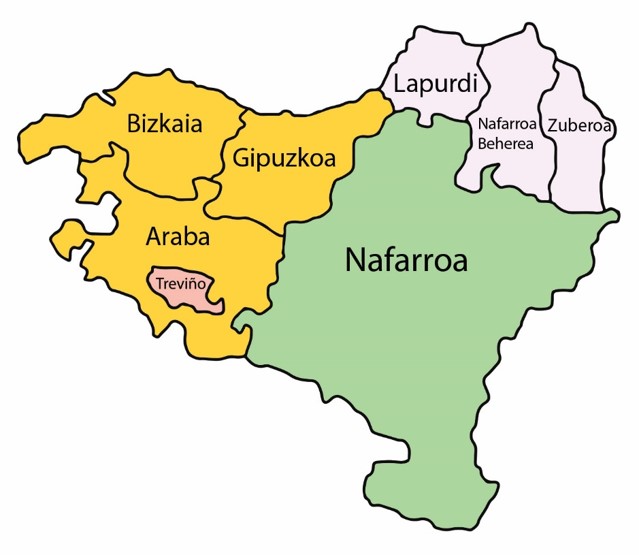 A map of the Basque Autonomous Region in Spain. My study looked at two varieties of Basque in Bizkaia.

Spain and the Basque Country

In my study, I analyzed conversations from two regions in Bizkaia:

Conceptualizing code-switching:
How do Spanish and Basque differ, sound-wise? 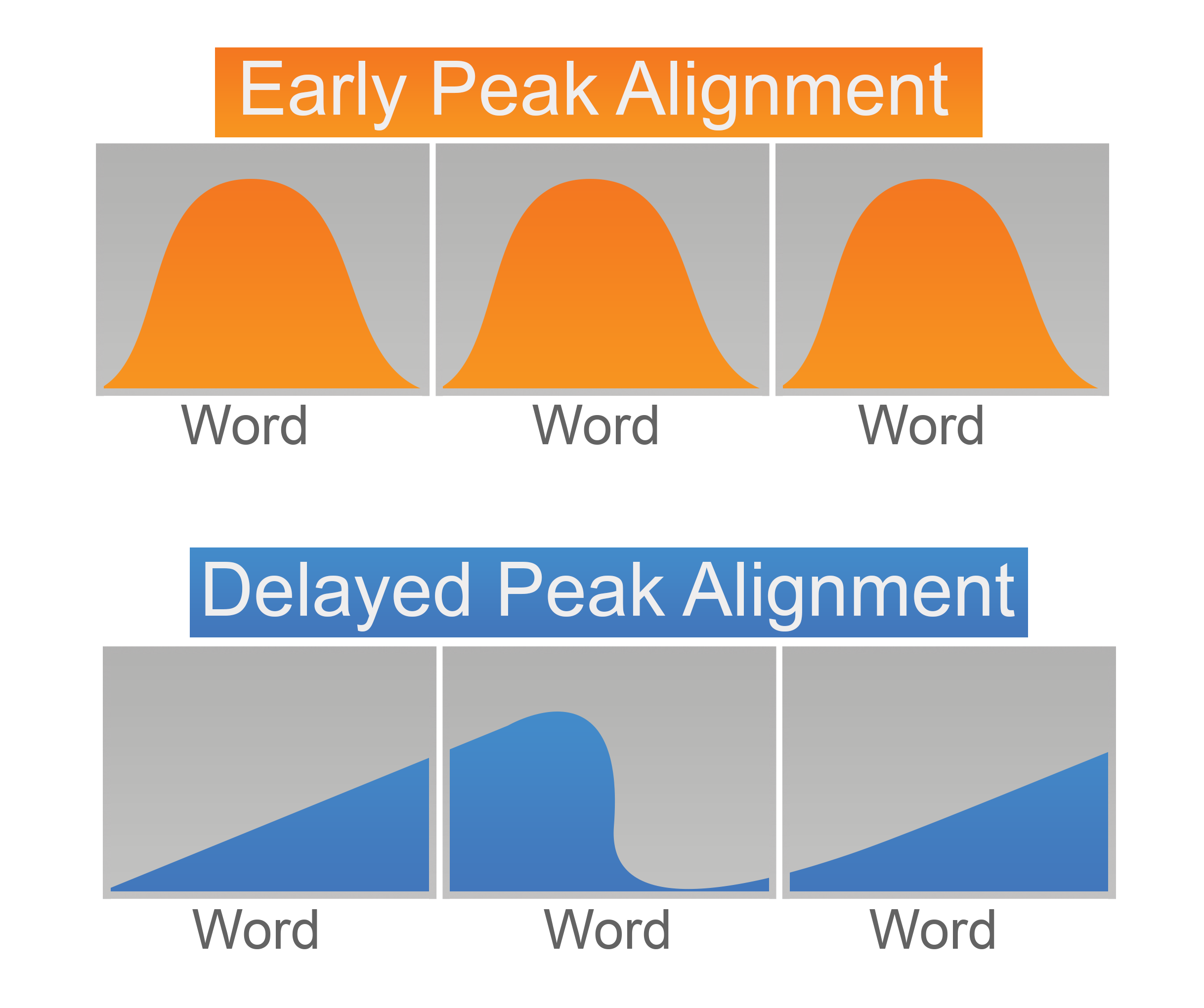 Examples of pitch peak alignment in Basque (early) and Spanish (delayed) based on this study's regional dialects.

To investigate how sound differences between Spanish and Basque are resolved during code-switching, I needed to choose a trait that distinguishes them.

Both Spanish and Basque have stress in words that is marked by a rise in pitch. However, they differ by whether the peak of this rise is early or delayed. For the language varieties references in this study, Basque has early peak alignment and Spanish has delayed peak alignment.

I needed to establish language dominance for each participant and also have samples of them speaking in Spanish and Basque.

All speech tasks were administered by an in-group interviewer (female, 26) who is a native Spanish-Basque bilingual

Evaluation:
Analyzing the factors that vary during code-switching

Example of Likert scale survey given to participants, in which they rated ambiguous words from 1 (totally Spanish) to 5 (totally Basque).

Translation: There are no correct answers for this part. What matters is your opinion based on your experiences with the two languages in question.

1. Is there support for the Matrix Language Hypothesis with phonetics (i.e. peak alignment in Basque and Spanish)? 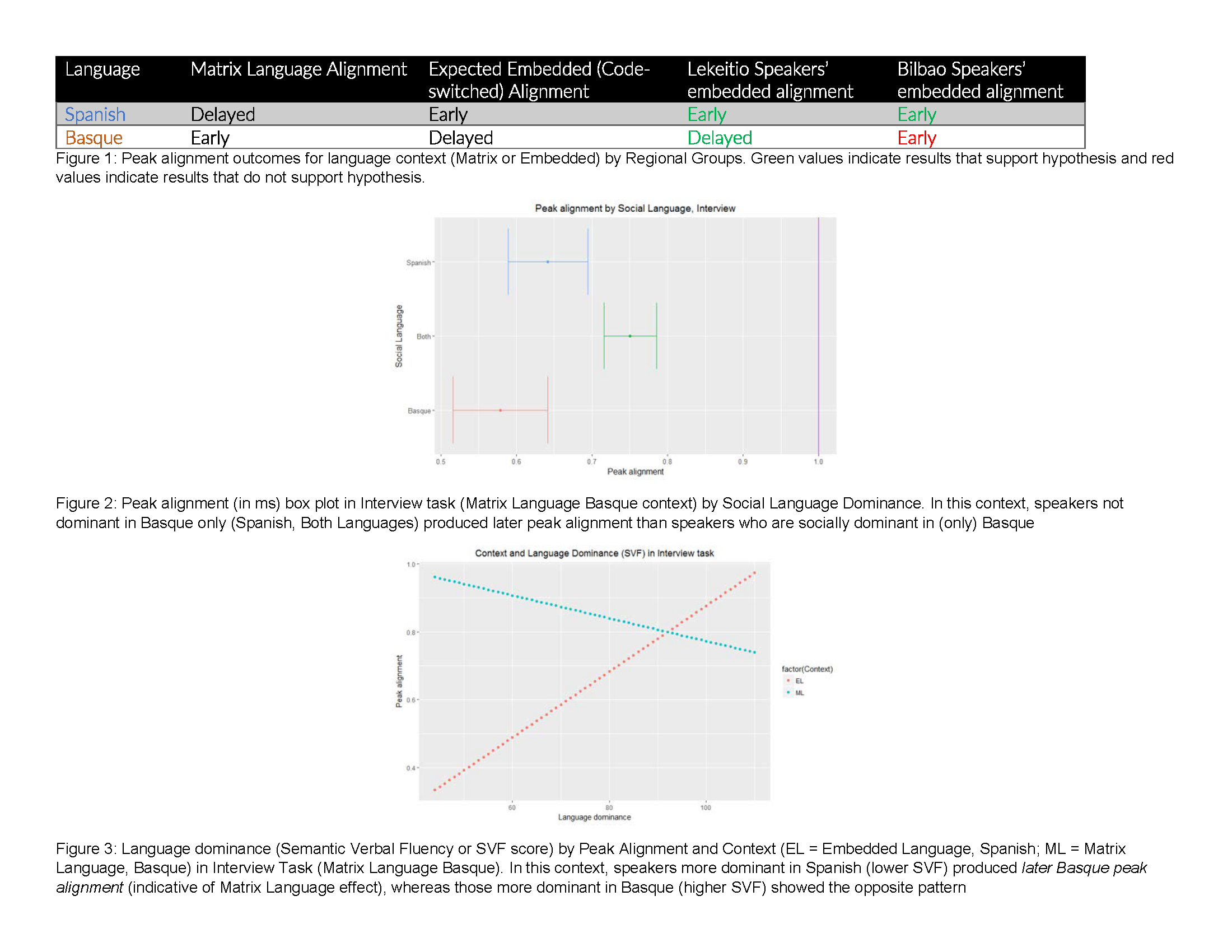 Novel insights and limitations of this study