How can you teach pronunciation in Spanish 1?

And does it make a difference once they leave class?

Discovery: Most world language textbooks and classrooms do not make reference to pronunciation.

Pronunciation is so much more than an accent or a dialect. It can:

How can we make this information meaningful and accessible to total beginners?
Conceptualizing a new approach to language learning

My colleague and I had the following challenges when developing our experimental design:

Our 16 week journey with pronunciation

We had three university-level Spanish 1 classrooms for a whole semester:

We tested their ability to perceive words in Spanish before instruction began (pretest), after the 12-week instruction period (post-test), and 4 weeks after instruction ended (delayed post-test). 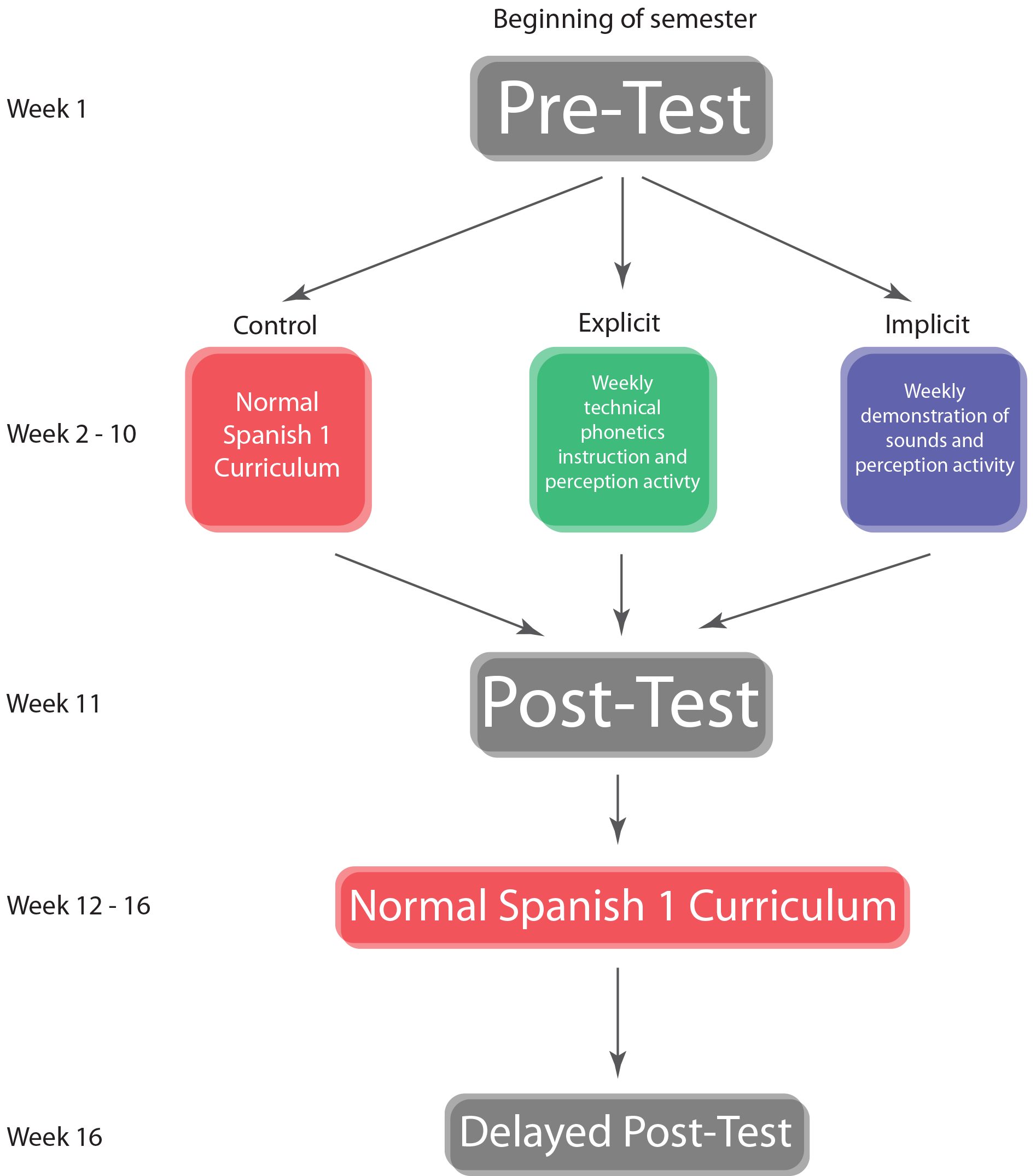 How each class received instruction throughout the semester

How to test for perception?

In the experimental groups, we used minimal pairs in class, or words whose meanings differ when only one sound is changed (think bat and rat in English). This way, we could focus on meaning and not just dialect or accent.

During the (post)tests that all groups completed, participants heard 240 Spanish words and had to decide whether the word had target-like pronunciation (like a fluent speaker would say it) or if they had heard the word before (distractor question).

Evaluation: How can we measure student performance in these classes?

To test for any effects of instruction, we performed a 3 x 3 ANOVA on their test results, with Group (Control, Explicit, Implicit) as the between subjects variable and Test (pre, post, delayed post) as the within subjects variable. Any participants who scored at random (55% or below) were excluded (this affected 5 participants). 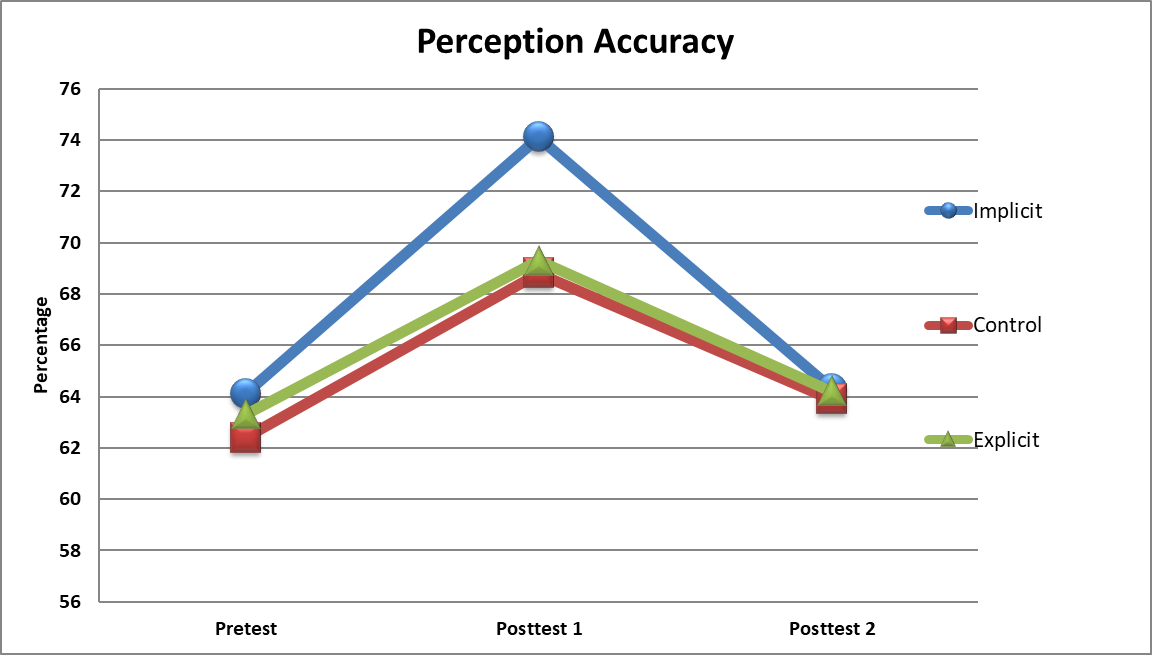 Perception accuracy for all groups from pre- to post-test

Our analysis revealed a significant effect for Test, in which accuracy on the test was highest on the post-test (week 12), regardless of Group.

We also saw a significant interaction between Test and Group, in which the Implicit group outperformed both other groups on the post-test.

Implicit, meaningful lessons made the difference!

Our second insightful finding was that the implicit pronunciation instruction did have a positive effect on learners' perception of sounds, but only during the experimental phase. This suggests that learners need ongoing (implicit, meaning-based) instruction to sustain these gains in perception.

After this experiment, we created sample classroom materials for language teachers, which we presented at the Ignite session at Current Approaches to Spanish and Portuguese Second Language Phonology.

Want to learn more? You can read the full write up of my and Anel Brandl's paper here!