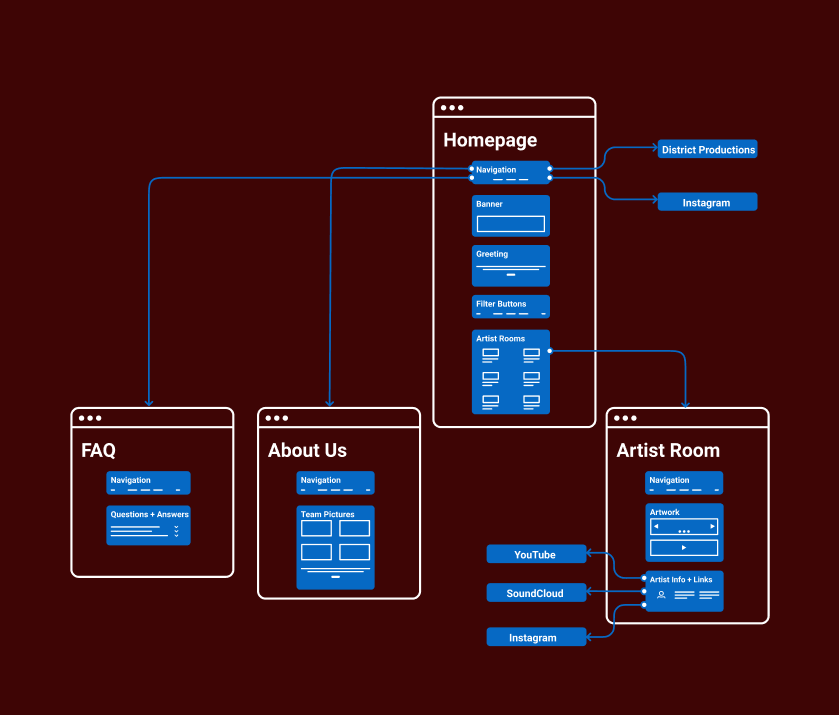 This is the sitemap for this project. The navbar has a few external and internal links. It is possible to get to the Homepage, FAQ page, and About Us page at any time via the navbar. In order to get to Artist Rooms, the User must scroll down the Homepage. The user must go back to the Homepage in order to visit another room. There were 12 Artist Rooms in total, each containing text, images, and/or video. the combination of components used depended on the medium and style of art submitted by each individual artist. 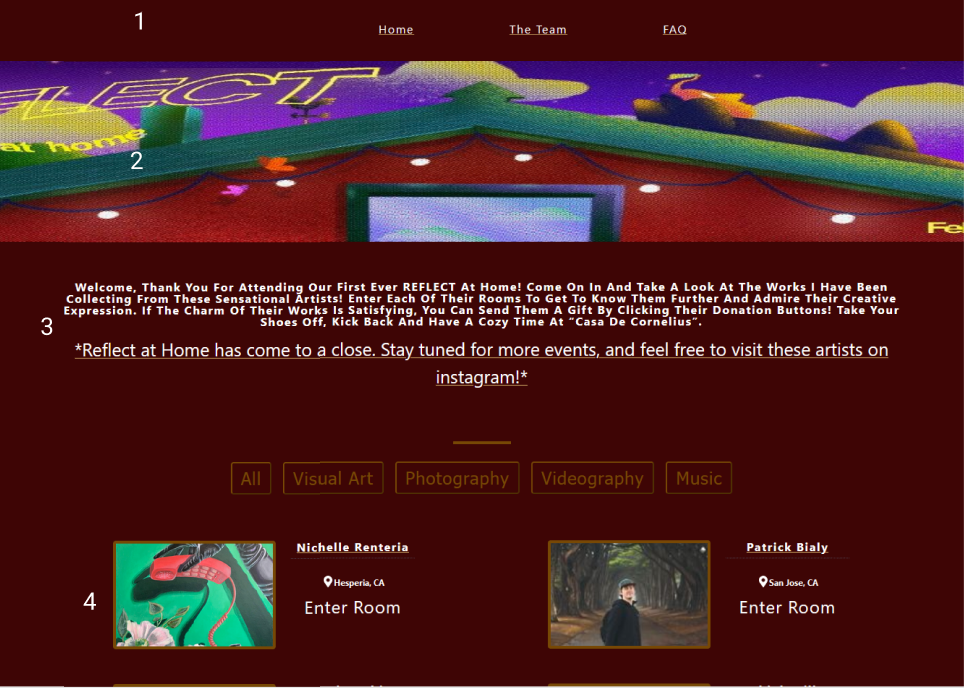 With button styles, a little goes a long way.

I kept a fairly generic button style throughout the project. There are buttons in the artist room pages that look out of date, as if I made them 10 years ago. Just changing the border radius properties would've made a huge difference and given to a more modern feel.

I didn't have the team test out the project until a couple days before the event. They found bugs that could have been caught and fixed at least a week beforehand. I was using version control during development, so It wouldn't have been too much effort to deploy demos that the team could interact with along the way.

The shade of gold that I chose for the filter buttons are dark in comparison to the red background. I didn't think anything of it during development. The colors were appealing and buttons highlight on hover, so it seemed acceptable. Later on, I learned about Web Content Accessibility Guidelines. Upon testing, The colors failed the WCAG test for User Interface Components, and for Text. Now I know that I have to run these tests when selecting colors.

Overall, this was a great project to develop and take on. I felt the pressure of playing multiple roles and completing the project in time for event date, but the time constraints pushed me to make the most of reusable components. I had a great team with me, and they helped out with the bugs, details, and marketing until the end. Failing the WCAG test was the most important lesson I learned from this. I have to be more diligent in making sure that everyone can enjoy my work in the future.