Getting off the grid: When homeowners purchase a solar battery system, the companion PWRview app allows them to monitor their solar power generation, energy consumption, and battery storage.

Keeping a pulse on your home energy

For optimal performance, energy storage device needs to be monitored and managed. Users want to have visibility into their consumption and they want to be prepared for power outages.

Design an app that allows homeowners to monitor and manage solar and battery (storage) systems. The app should allow homeowners to spot problems and confirm that their system is working as expected.

PWRview is a new entrant in a market where the competitors had been around for 10 years. Instead of building quantitative analytics for our advanced KPIs, we focused on fundamental functionality that homeowners needed to monitor their systems and decided on a qualitative approach to evaluating our metrics.

Homeowners who require uninterrupted power. They either want to be independent or live in remote locations where the grid is not reliable. They might also live in areas prone to weather storms.

Energy activity at a glance

Gives users an at-a-glance understanding of their home’s energy usage. It provides the necessary data required to take action and also save on energy costs.

Users are able to add appliances or vehicles and view disaggregated data for each item. This overview allows users to identify where energy is being used in their home, while observing cost trends.

Our collaborative sketching sessions created common understanding from the start.

We worked collaboratively in sketching sessions to explore how users experienced the features. We sought efficiency by bringing well-defined user stories and requirements to sessions. Through this process, we found common understanding.

Creating wireframes helped us to:

We identified two primary personas based on interviews with the installers of the systems. We also knew that we were designing for both types of users, novice and experts. 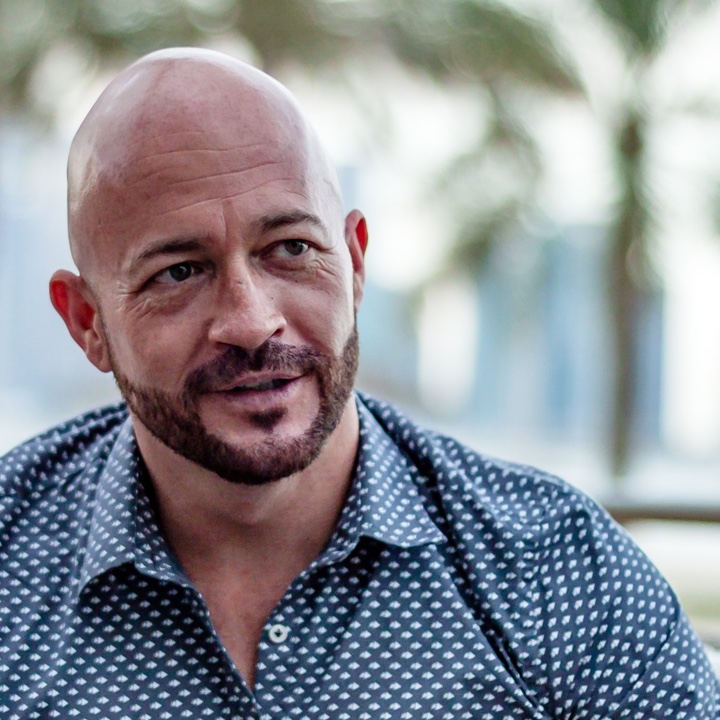 Interested in comfort and want a worry-free power source, no matter the situation.

They find peace of mind in not having to worry about whether they can ride out an outage.

Their goal is to supplement short-to-mid duration outages with their own energy supply, and maintain most household operations. 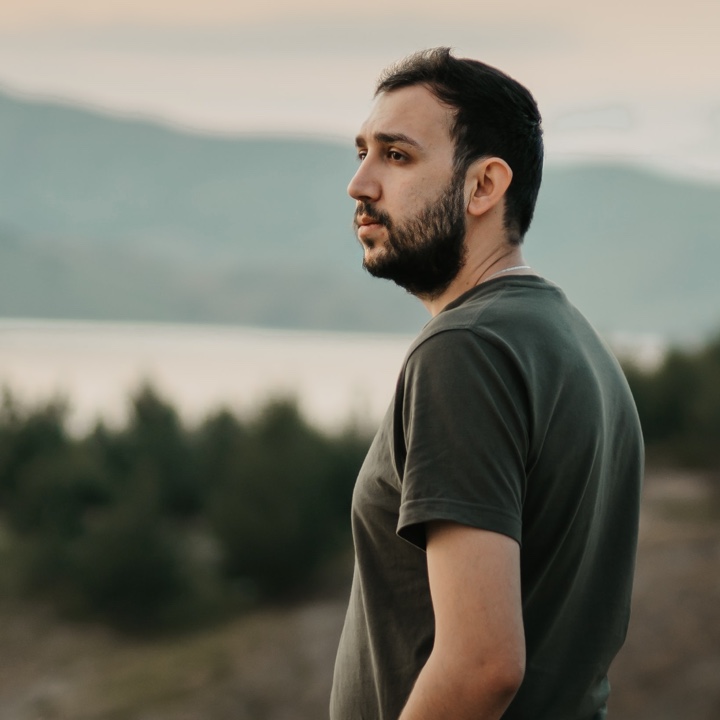 (Outside the city, rural and remote locations)

They want to be prepared for civil unrest and grid instability.

Their goal is security, self-reliance, survival, and independence.

They find satisfaction in not being dependent on utilities for energy. They permanently run households independently from the grid. 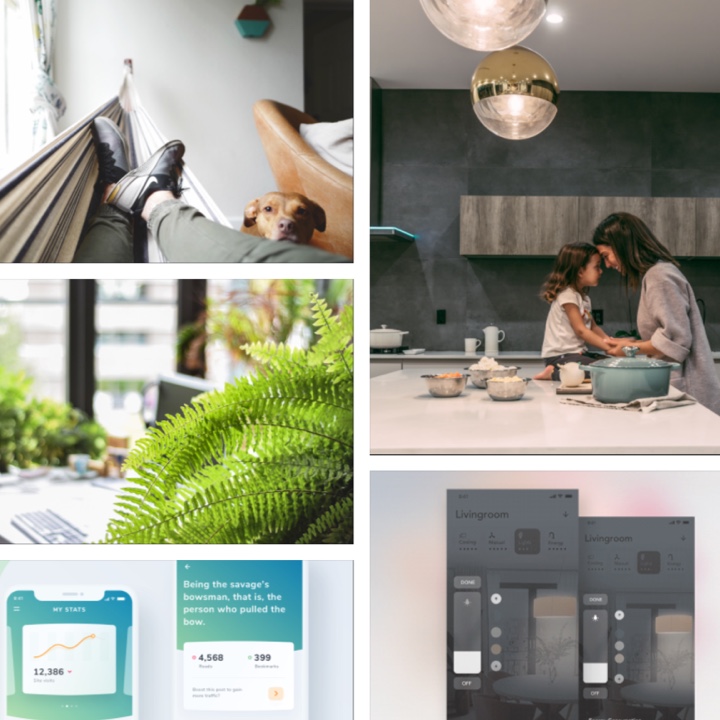 We started from the ground up: we first created an overall brand. We had a workshop to agree on what words best describe the desired visual design direction.

These words informed the mood board and subsequent direction of the design: 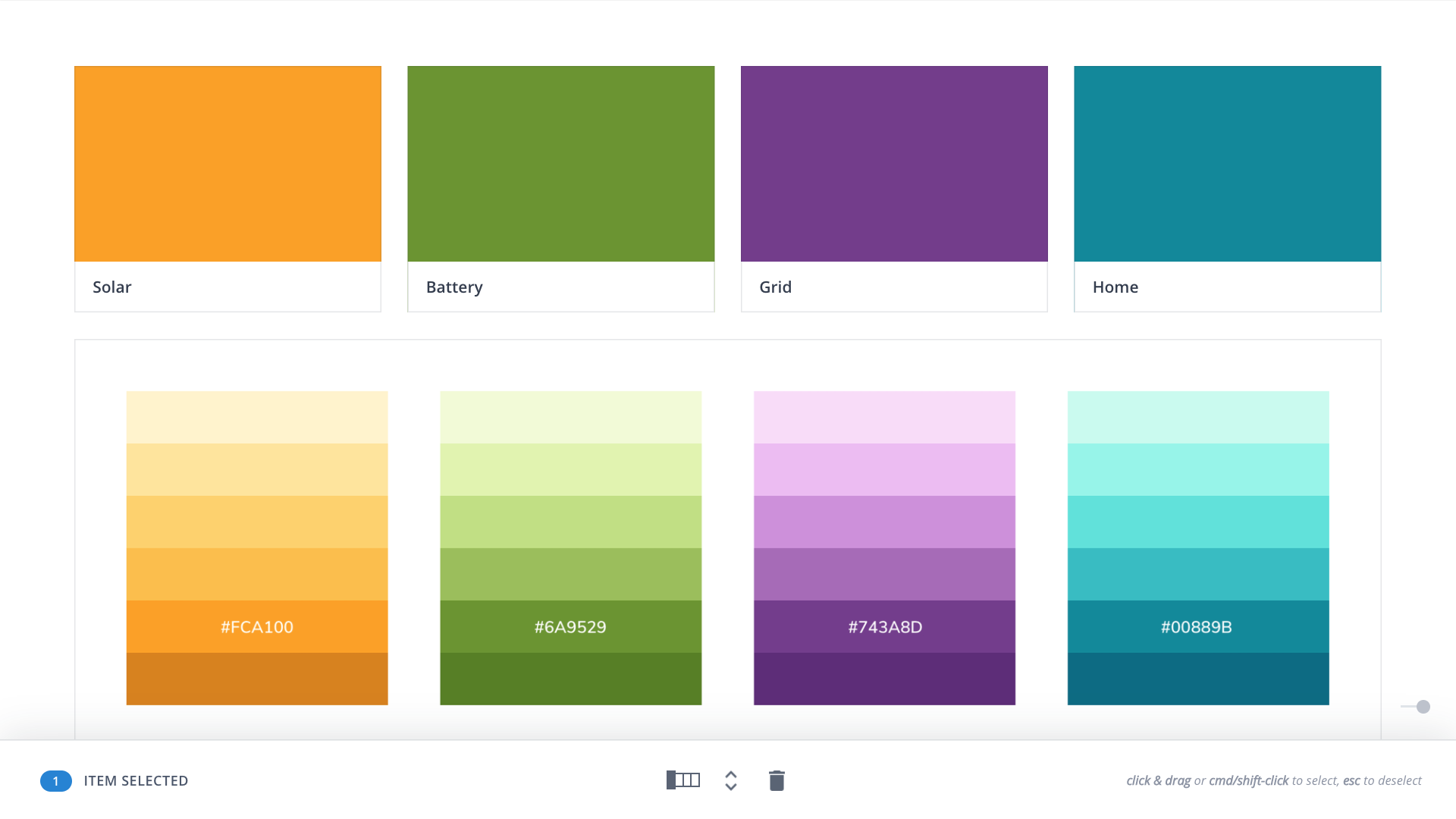 Colour was used to ease navigation throughout the app, to help users identify their devices and data. This visual approach helped organize data and emphasize the functionality.

We kept the UI (global menu, sub-navigation, tabs, and headings) neutral to ensure that colour was only used for devices and their data. 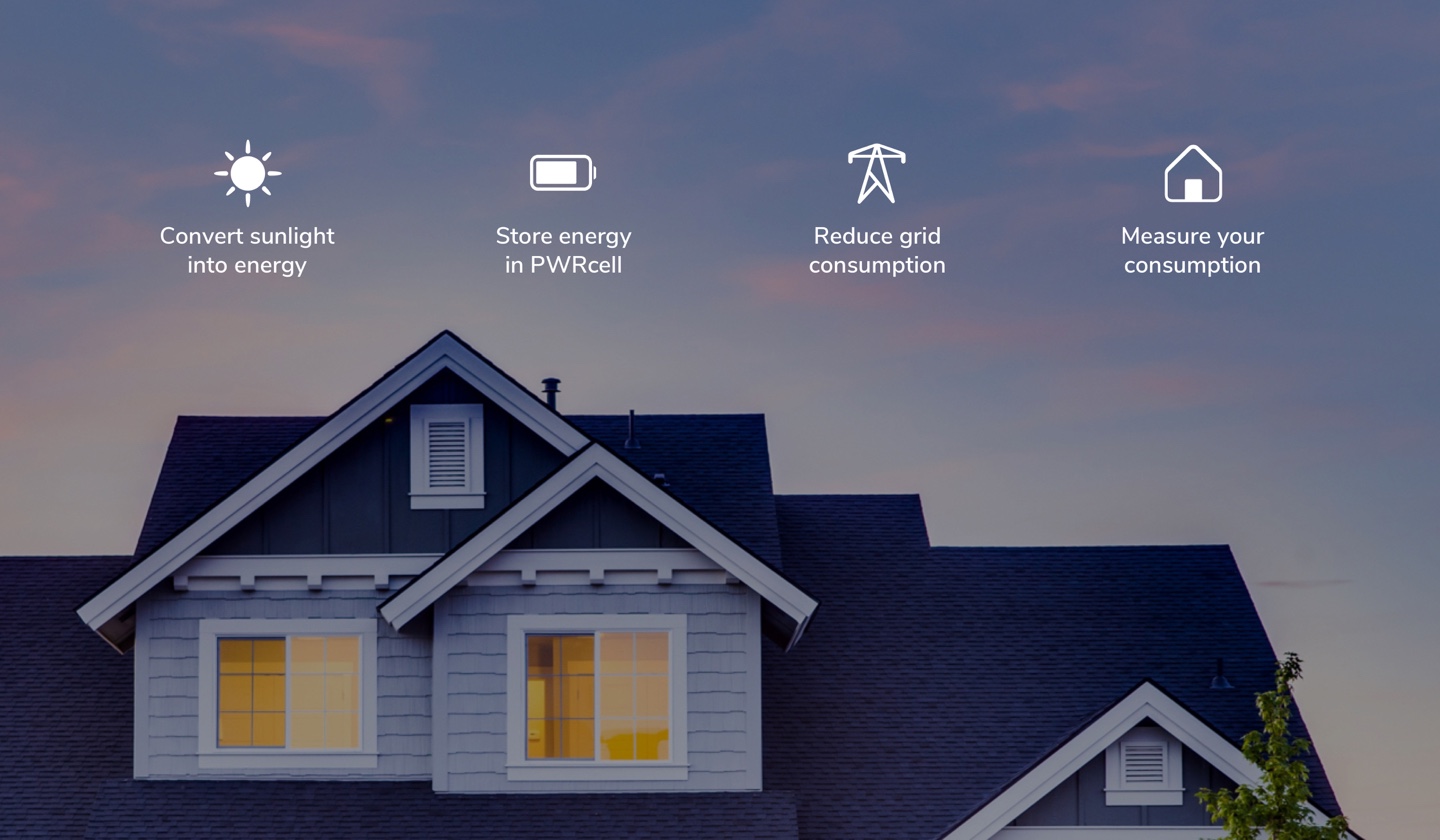 I created the icons

Once wireframes were approved, I designed the screens. The initial focus was on creating UI patterns, which was the foundation of the PWR design system.

User testing was completed with high-fidelity mockups. It was my responsibility to have the prototypes ready for testing.

When we released the first iteration of the app, customer support received a lot of questions regarding the energy flows on the home screen. Homeowners didn’t understand how to interpret the information and what it all mean for their home.

We gathered the questions that came through customer support and looked for patterns on the feedback.

Through user interviews, we discovered that homeowners wanted to know:

Performance at a glance

In response to homeowners' need for visibility of their overall home well-being, we created a new feature, which summarizes their home status.

The different states were:

In response to homeowners feedback and to meet their needs, weather forecast warning was integrated. Homeowners are now notified about potential outages relating to weather events. Storm prep is an automated feature. It ensures that the batteries are charged up before a storm.

Homeowners are able to see how much battery power is available during an outage and manage their circuits.

We provided a control panel that allowed homeowners to override the hardwire priorities of the circuits. Low priority circuits could be shut-off automatically by the system when needed or manually by the homeowner.

(approved version separated the state from the control)

PWRview is a new entrant in a market where the competitors had been around for 10 years. The team prioritized supporting the new hardware releases and addressing urgent homeowners’ feedback.

Instead of building quantitative analytics for our advanced KPIs, on the new version of the app, we focused on adding fundamental functionality that homeowners needed to control their systems and took a qualitative approach to evaluating our metrics.

How long does it take for a homeowner to identify and fix a problem with their system?

How many homeowners have optimally configured their system for their energy usage and energy prices?

How many homeowners make it through an outage without losing power?

"I've been fortunate to work with Claudia several times in the past couple years and I’ve always found her to be a strategic, talented and thoughtful designer. Her work is consistently based on an understanding of who she is designing for. More recently we were able to collaborate closely on the UX and UI design of several digital products in the clean energy space. She has been an invaluable design partner; bringing inspiration and creative problem solving to all phases of our work; user research, early design explorations and detailed design delivery."
Kirsten Hall, Senior UX Designer