The users’ mindset: focused and strapped for time

One of the goals for improving the iOS app, Cadenza, was to help users be more effective with their practice sessions. The app accompanies the musician with audio and displays the musical notation for their part, synced in real time to their playing.

I approached this rather broad goal with a specific, and often-requested new feature: being able to stop playing and define a short bit of a piece of music to practice right then and there.

Musicians need to be able to start at a specific spot within a piece of music while they are practicing, but their mindset during practice is very important to understand when designing a solution.

User concerns while practicing include:

Tasks for the user

The scope of this journey starts with the practice session, however, the area of the journey I worked on is the point at which the user stops playing to work on a problematic point in the music.

Details for the optional steps. 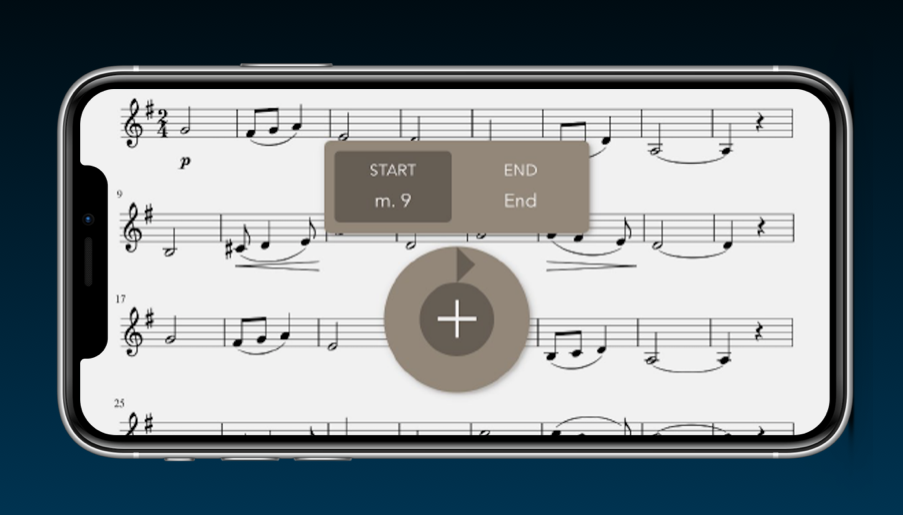 Problems with this solution

Thinking about scores and grades in a college study app

Prototype version 1
Made with Principle

This prototype was used to test whether and how well students understood the scores they earn in Pearson’s study app, Revel. In the app they can take quizzes, do reading, and answer questions to earn points. The problem was that scores are often weighted, so it’s hard to know what impact individual types of work would have on total performance. For example, essays might count less than quizzes, so doing well on essays might not matter as much as doing well on quizzes.

Observations showed that students try to figure out their “real” total score based on individual item scores, but often miscalculate, due to opaque weighting factors. If that error leads them to think they're doing okay in their class when they’re not, there can be a bad outcome.

The bottom line is that students simply want to know if they are doing okay, or if they need to worry. They are not usually looking for a number for its own sake.

This second version tested better with students. Although few of them swiped to see the details behind the main score, they were more directly drawn to seeing what types of assignments needed improvement. That was their primary goal: to understand if they had a problem in this class, and if so, what to focus on to fix it.

To calm down the over-use of numbers we used circular graphs to show relative performance. Also, the complexity of the numbers was confusing. Some assignments might be weighted more than others, and using numbers there could be ambiguous. That was causing confusion and anxiety, too.

Including a way to understand how different types of work are weighted in a particular course by using relative size helped clarify the scores. At the end of the day, the primary job of this view was to answer the question, “am I doing okay in this class?”

These mockups show the main gestures and resulting behavior of Pearson’s eText app for reading, navigating, annotating, and marking up with Apple Pencil. Color overlays are explained by the legend on the first screen. 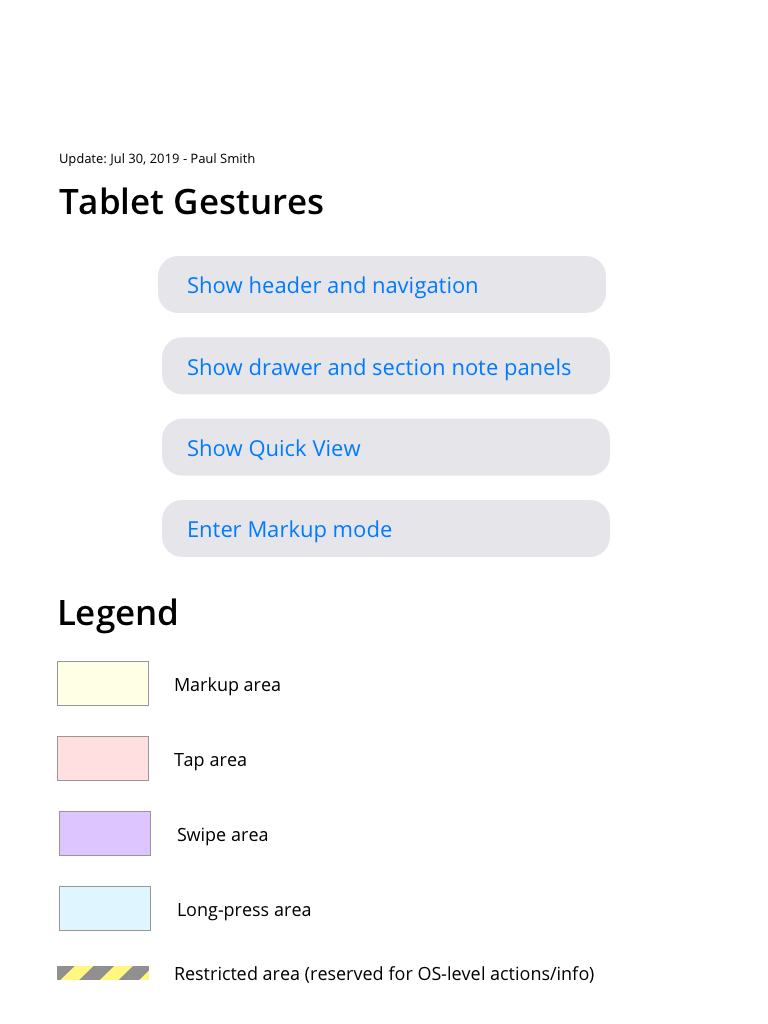 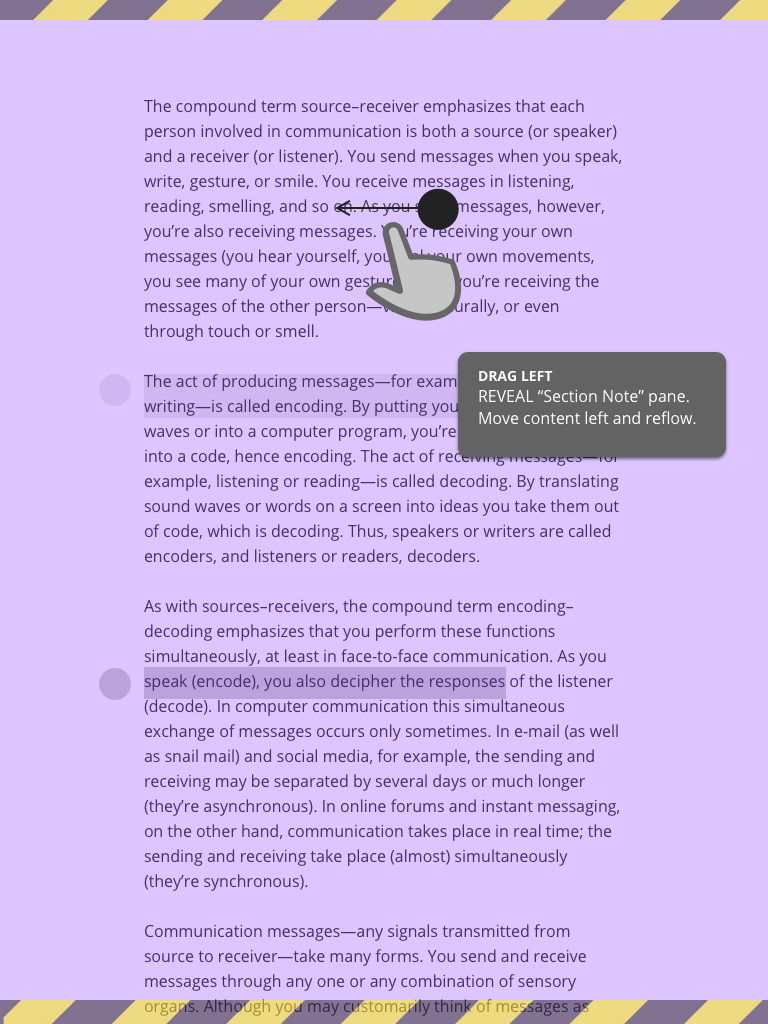 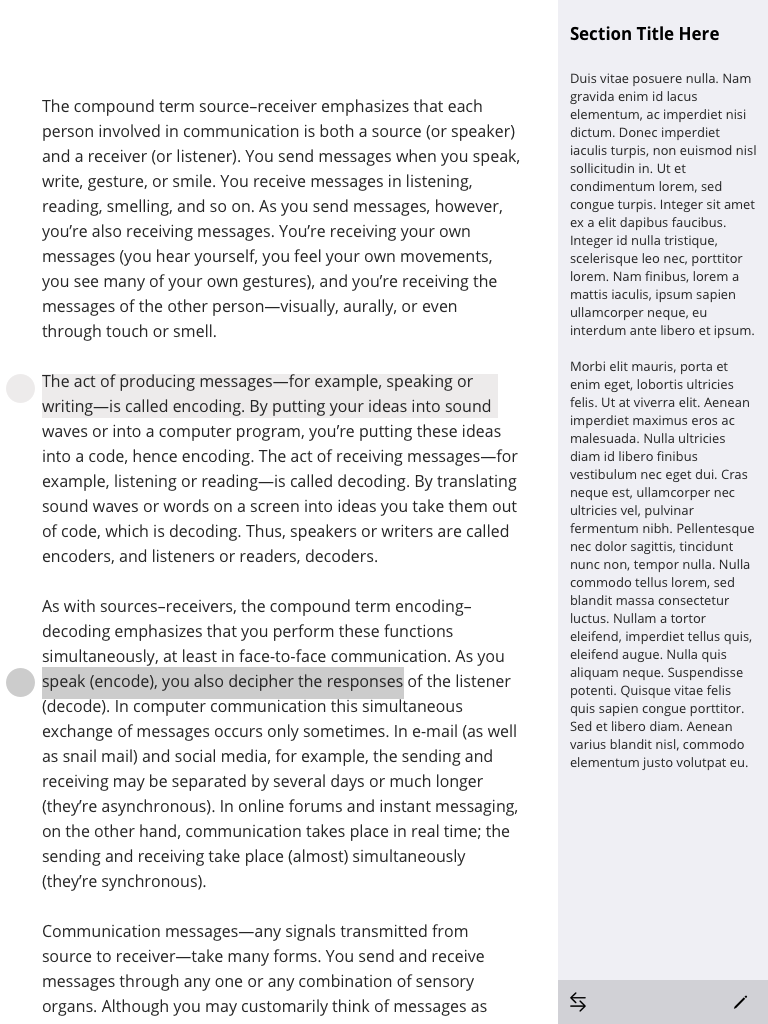 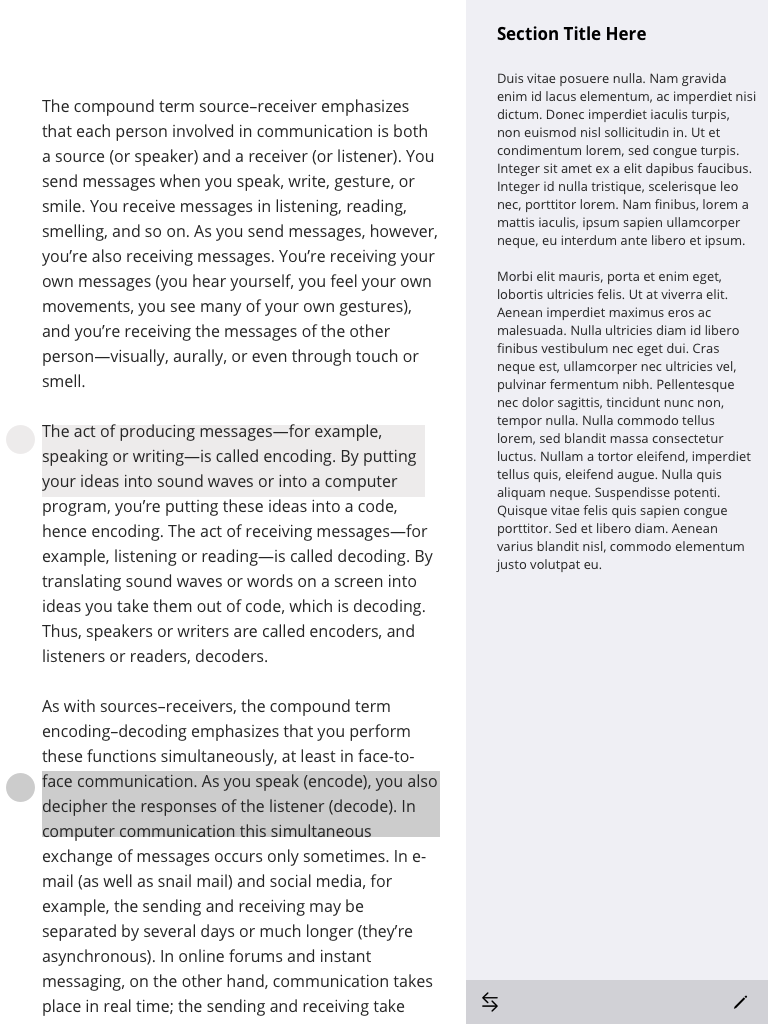 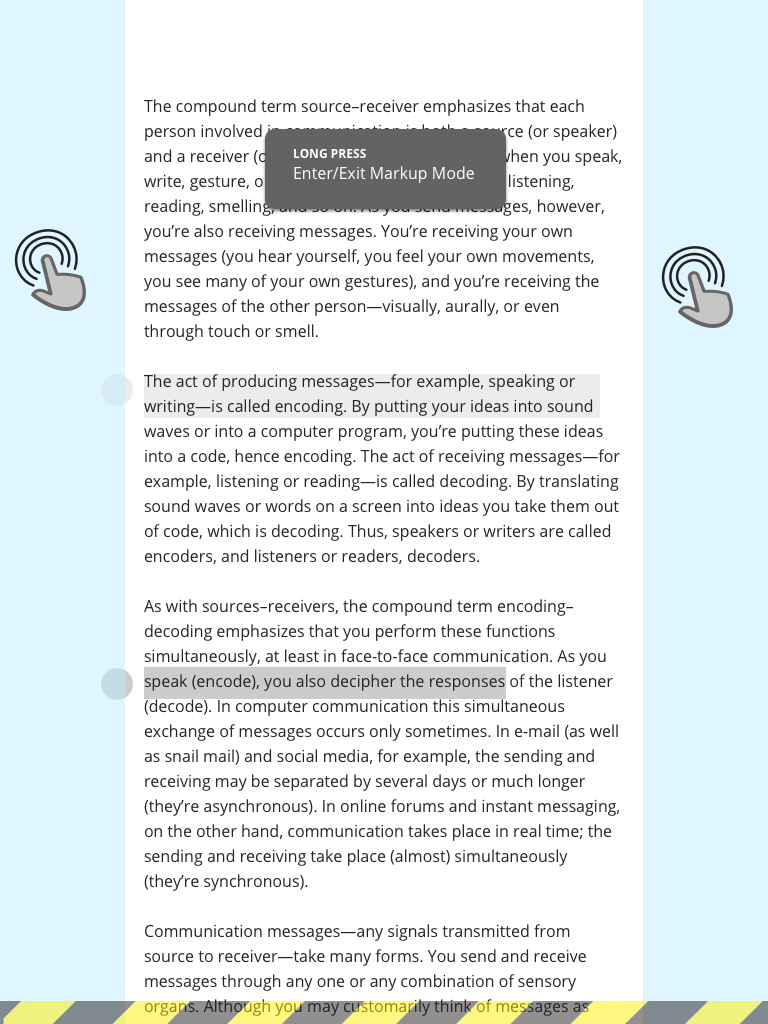 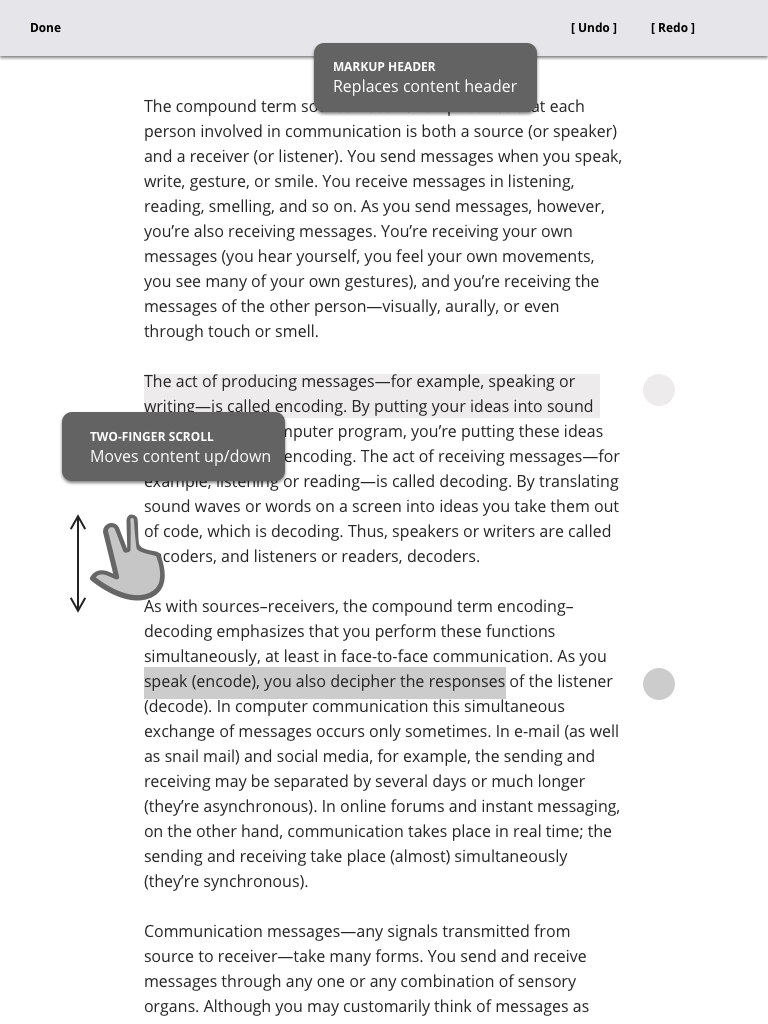 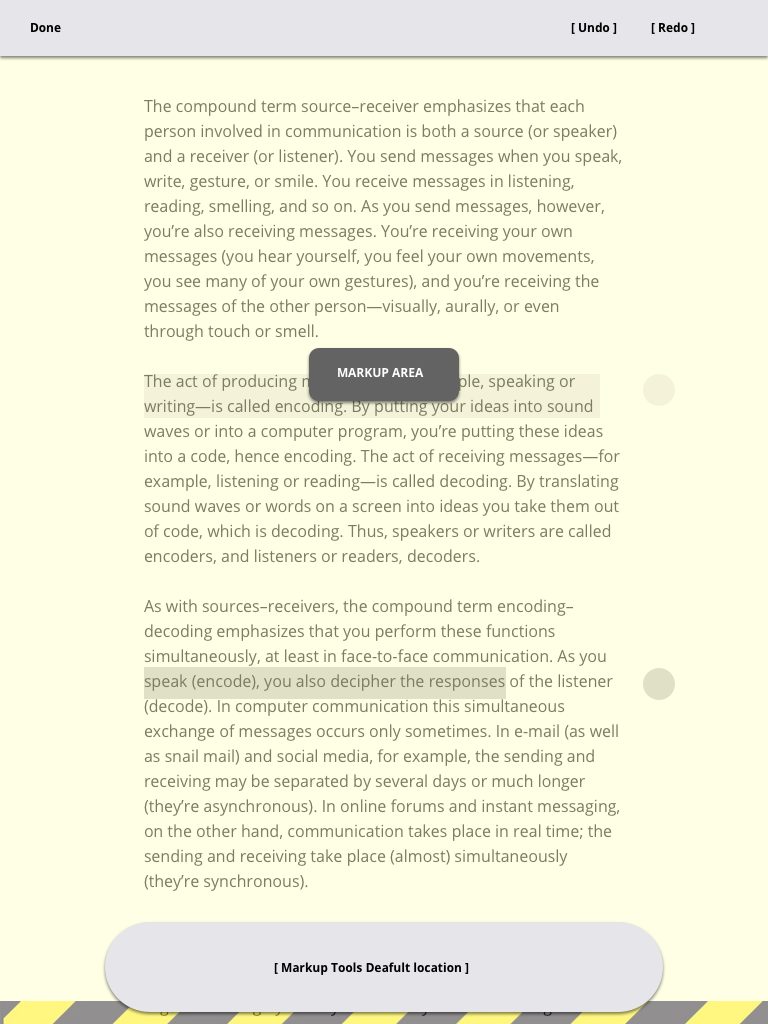 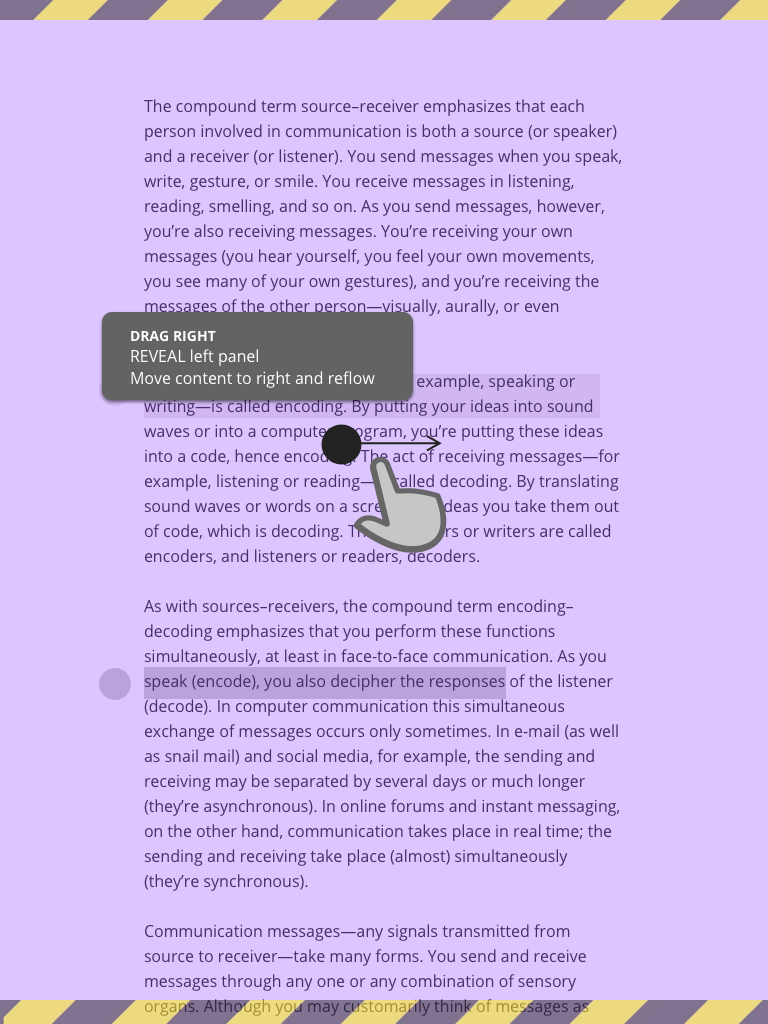 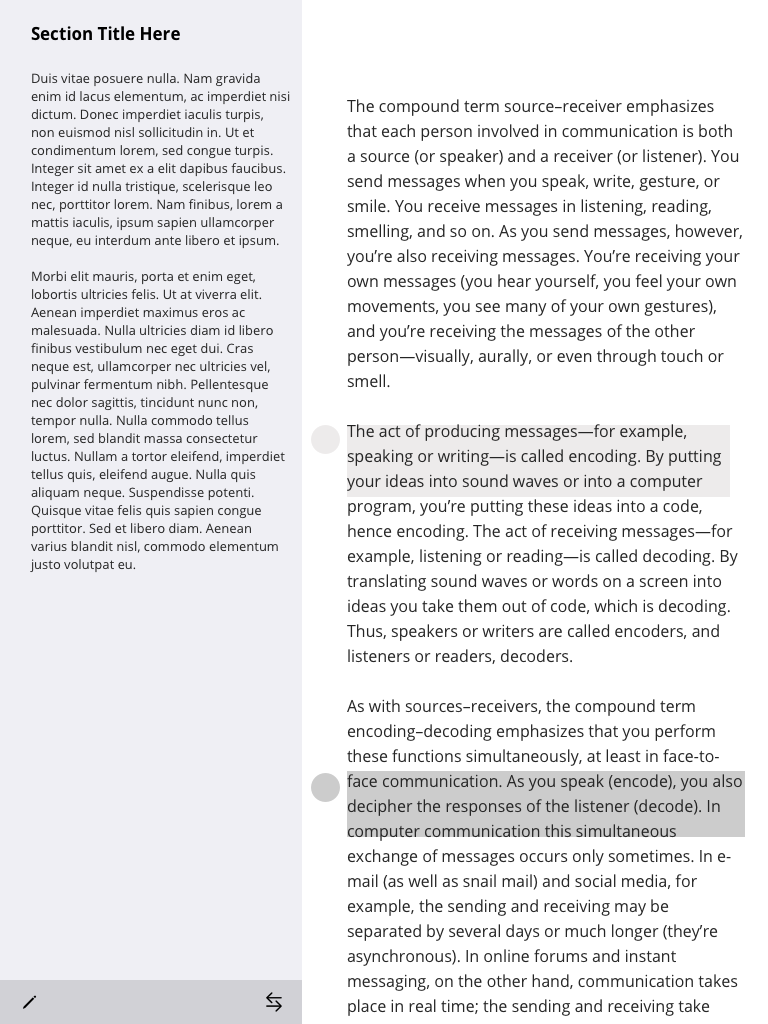 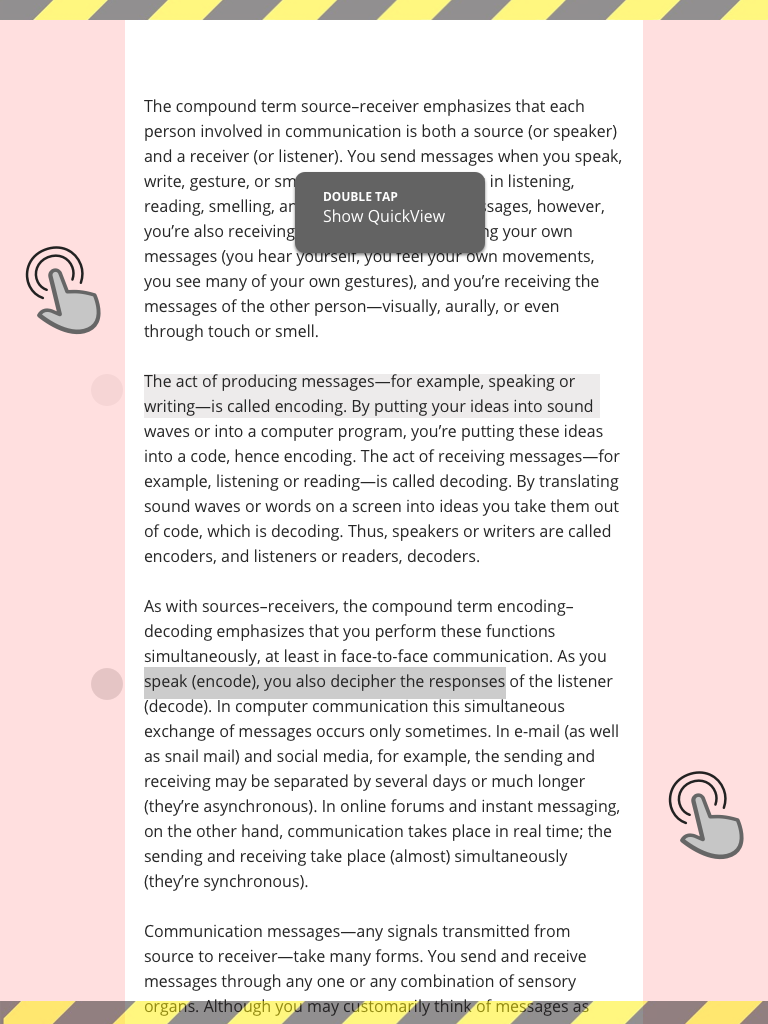 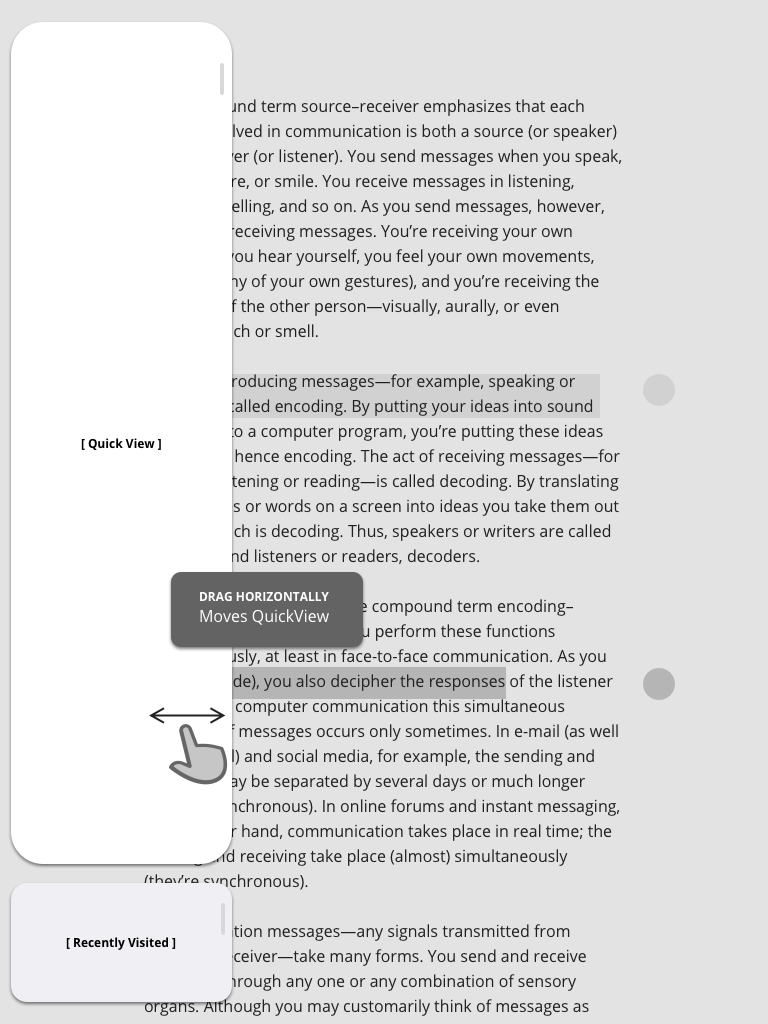 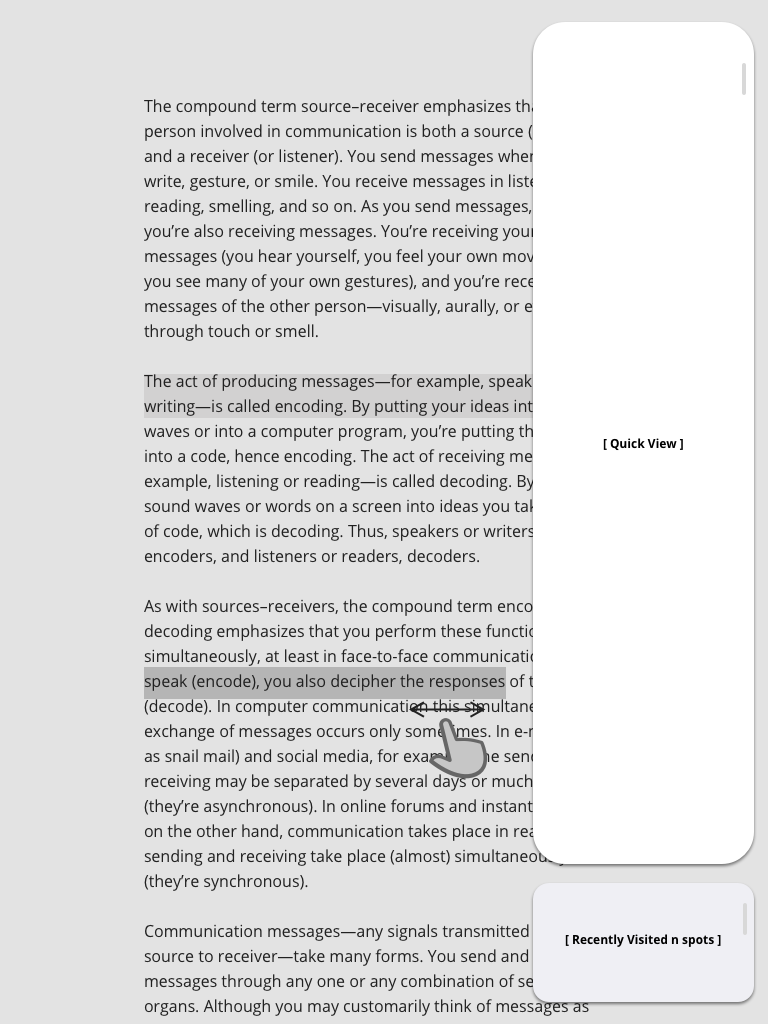 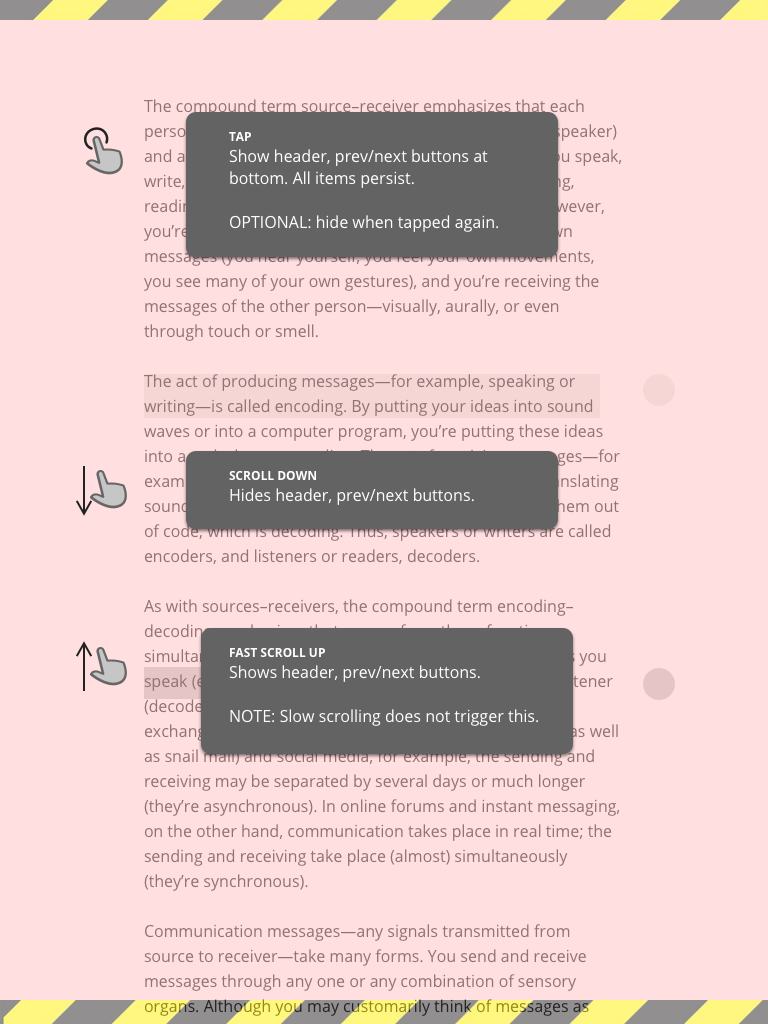 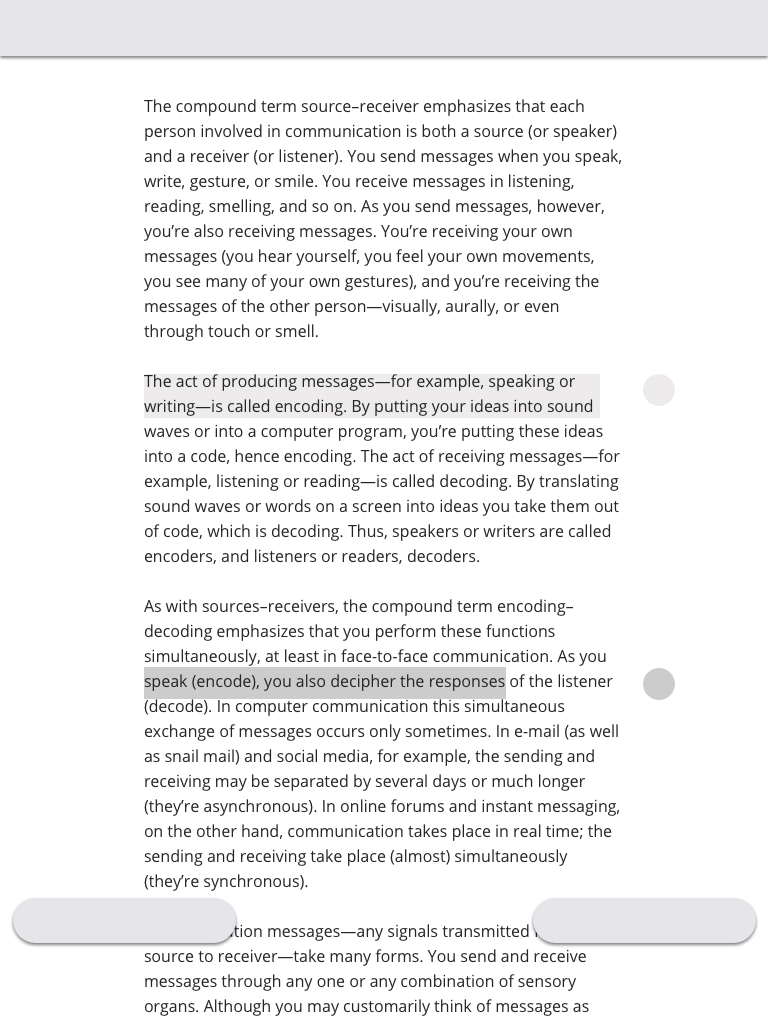 Created as a promotion for Sonation, the “Millennium Trumpet” app for iPad was launched one week before the release of Star Wars, The Force Awakens. The purpose was to take advantage of the hype around the movie opening to connect musicians who love Star Wars with Sonation’s apps for expressive music-making.

A new hope for reading music? The Music Crawl
Like the opening prologue in every Star Wars film, the music notation in the app scrolls into the distance while AI controls scroll speed to ensure only the upcoming notes are on the largest and most legible line.

See it in action.