How we designed micro-reports for our customers' customers. 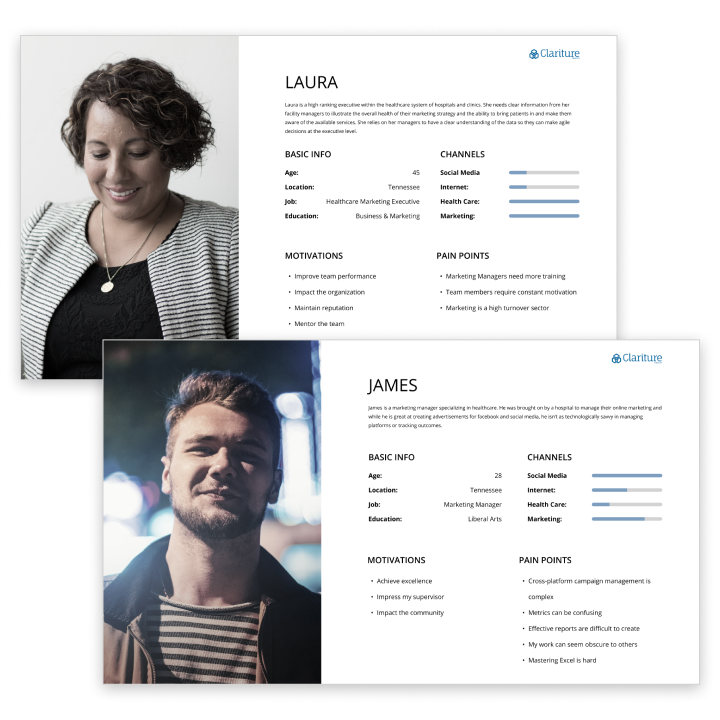 As a startup we had an excellent group of first adopters with a vested interest in the product design and functionality. We had previously spent a lot of time working with them in google hangout sessions running tests of the prototypes built in Invision.

Our on hand personas and contextual interviews helped us focus on the specific needs of our users and their points of concern. We isolated the specific problems and determined we needed to solve the following: 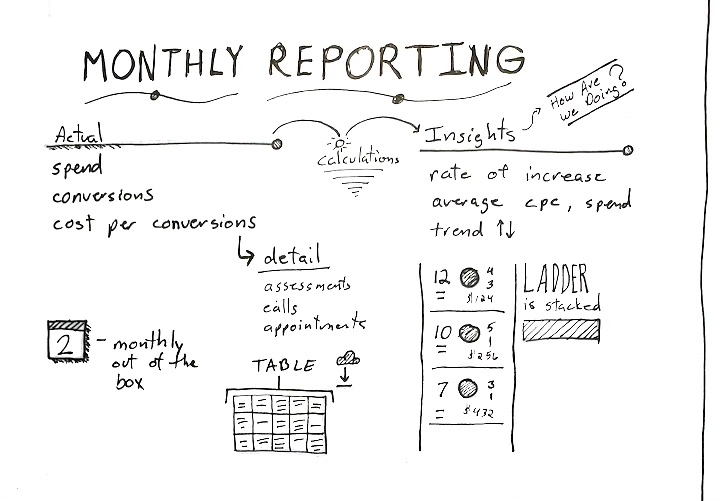 Hand sketching helped me focus on ideas instead of presentation details.

I usually start with a doodling process to get the brain juices flowing.

At the beginning of my design process I created wireframes for stake holder buy-in and testing purposes. 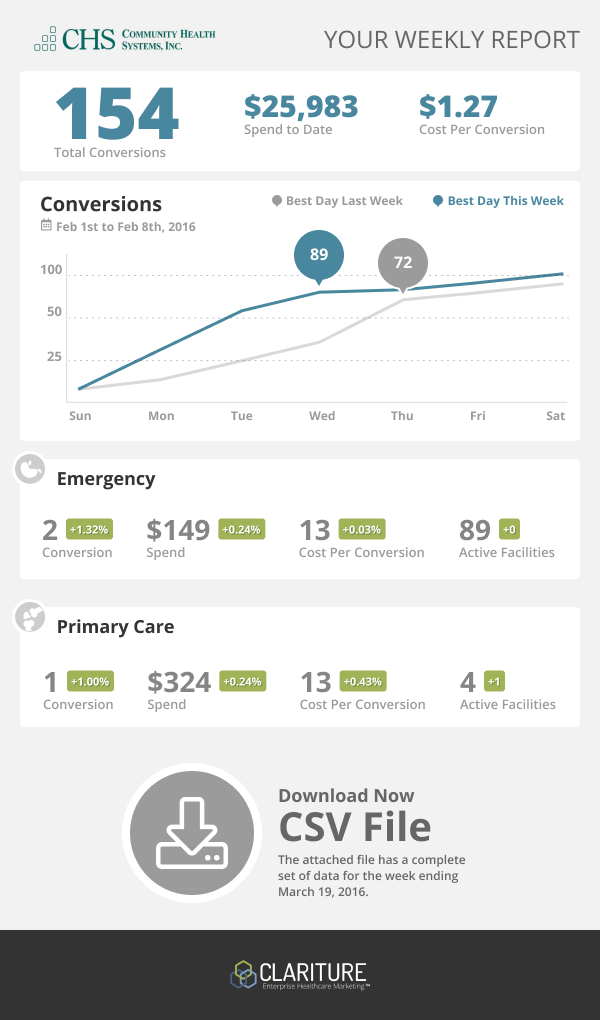 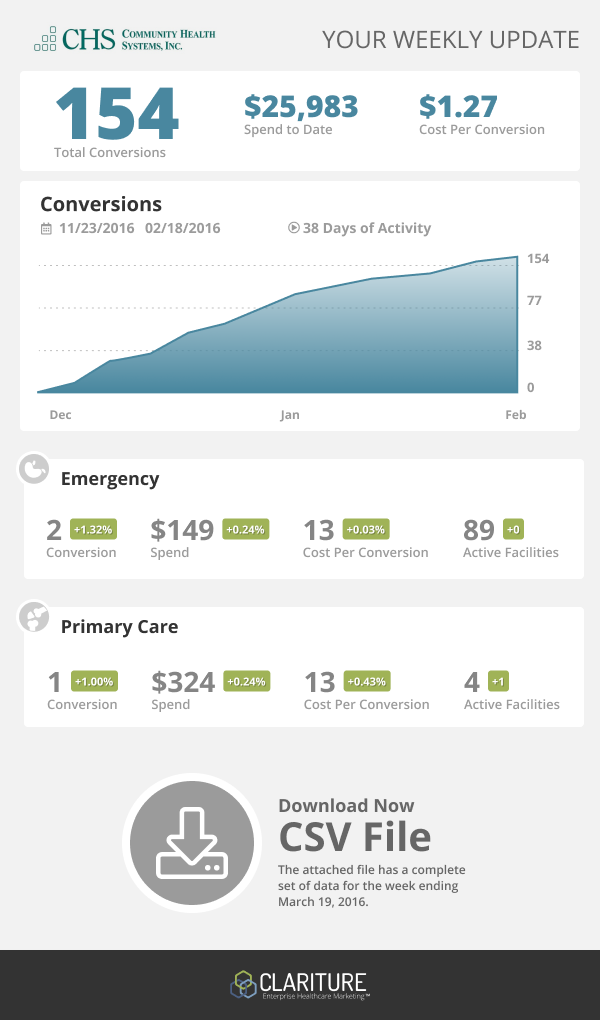 Testing… mostly pass but some fails.

Using Invision and Google Hangouts, I launched a small test using a high fidelity prototypes to identify the strengths and weaknesses of my designs.

The major takeaway was the fact that users got stuck on the master graph. All three versions pulled them into the weeds of the data in the graph instead of the insight that it was supposed to convey. I needed to simplify it drastically in order for people to get value so we switched to the Donut. These graphs have gained popularity for their super fast cognition rates. They are super easy to read.

Usability doesn't always mesh with business needs and compromise is part of life. While the "speak in threes" rule tested well in the service line body sections, we decided that we needed to have more than three metrics in each of the areas. This was a top down decision and I've learned to choose my battles. Having 5-6 metrics in the body was not going to break the feature. Yes, it adds friction but it doesn't stop the show and we can always iterate if performance wanes. 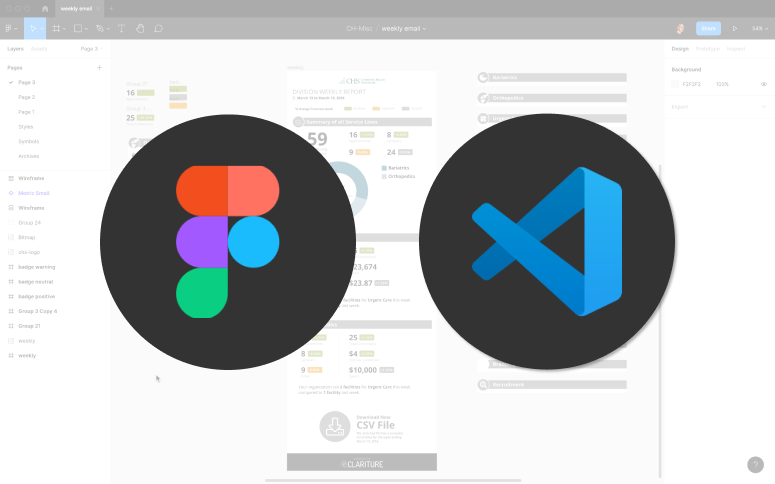 A designer that codes is like a painter that reads. The disciplines inform each other and open possibilities that otherwise could be missed.

After some tweaks the design is finalized I deliver all the assets that Tori would need to create as many of these automated reports as possible. Headers and icons for any service line I could imagine are handed off in an optimized format for an email.

Tori is a full stack developer. Her time is valuable to her and us so having her spend it crafting HTML templates would have been a waste. Having me design and code the template layout saves resources and ensures that the designer's vision is executed… because the designer coded it. When issues crop up during the coding phase I can quickly adapt the assets or propose additional changes to optimize the feature.

“True collaboration isn’t throwing designs over the wall. It’s designers, engineers, and the rest of the team sharing the responsibility to build a quality product. Reduce the barriers, support and empower them, and designers who code will become the norm.”
Diana Mounter, Product Designer & Coder @ Etsy

In the end we delivered a weekly mailer that extended the functionality and experience of our web application. On top of that we crafted a scalable system for delivering the same quality product to our customers every single week.

By examining the access logs of the graphics files we can build a portrait of the customer's behavior with real data. We know how many emails we sent, how many were opened, and how many downloaded the CSV reports. This is free with most mailing services.

The interesting part comes when we begin to look at the timestamps for these actions. By comparing the date/time of when the email was opened to when the CSV was downloaded we can start to measure performance over time.

When we compare the results week-to-week there's a clear increase downloads (that's good!) and a decrease in time spent reading the email before downloading the CSV (maybe bad 🤷🏽‍♂️).

In meeting the need for generated reports to be emailed to healthcare managers and executives we discovered a world of opportunity for us to deliver more value to our customers. As we worked together with our clients over the years, we have helped them evolve into comfortable users of modern digital consumer user experiences.

They often demanded the aesthetic, ease, and insight of our reporting platform but with a traditional email delivery. Tori’s work made it easy to replicate this render & email technology across our various app interfaces.