CITIzen is an app for residents of a city to report issues or request services.

The current app requires the reporting citizen to do the heavy lifting, using a cumbersome UI and too many report choices. There were no designers at the table during procurement to weigh in on usability. The user flow is predetermined by the purchased app. The stakeholders are hoping the app will route most reporting through one channel, rather than through phone calls and email. But the app is poorly designed and unintuitive, so residents don't have a successful experience. It has received 2.5 star reviews.

Reimagine the app from a resident's perspective and make reporting so easy that people are happy and surprised.

There were some frustrating elements that I found, even before user testing. 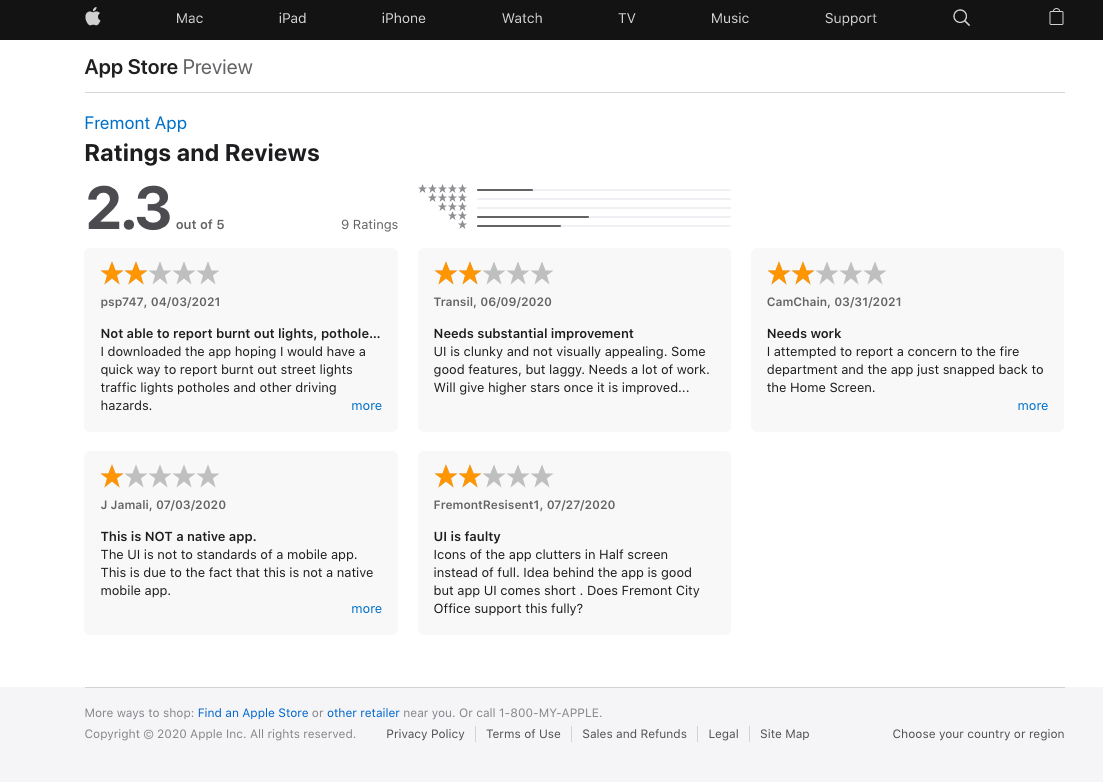 Who lives in Fremont?

What do they say about the existing app?

"UI is faulty"
Icons of the app clutters in Half screen instead of full. Idea behind the app is good but app UI comes short . Does Fremont City Office support this fully?

"Needs substantial improvement"
UI is clunky and not visually appealing. Some good features, but laggy. Needs a lot of work. Will give higher stars once it is improved... 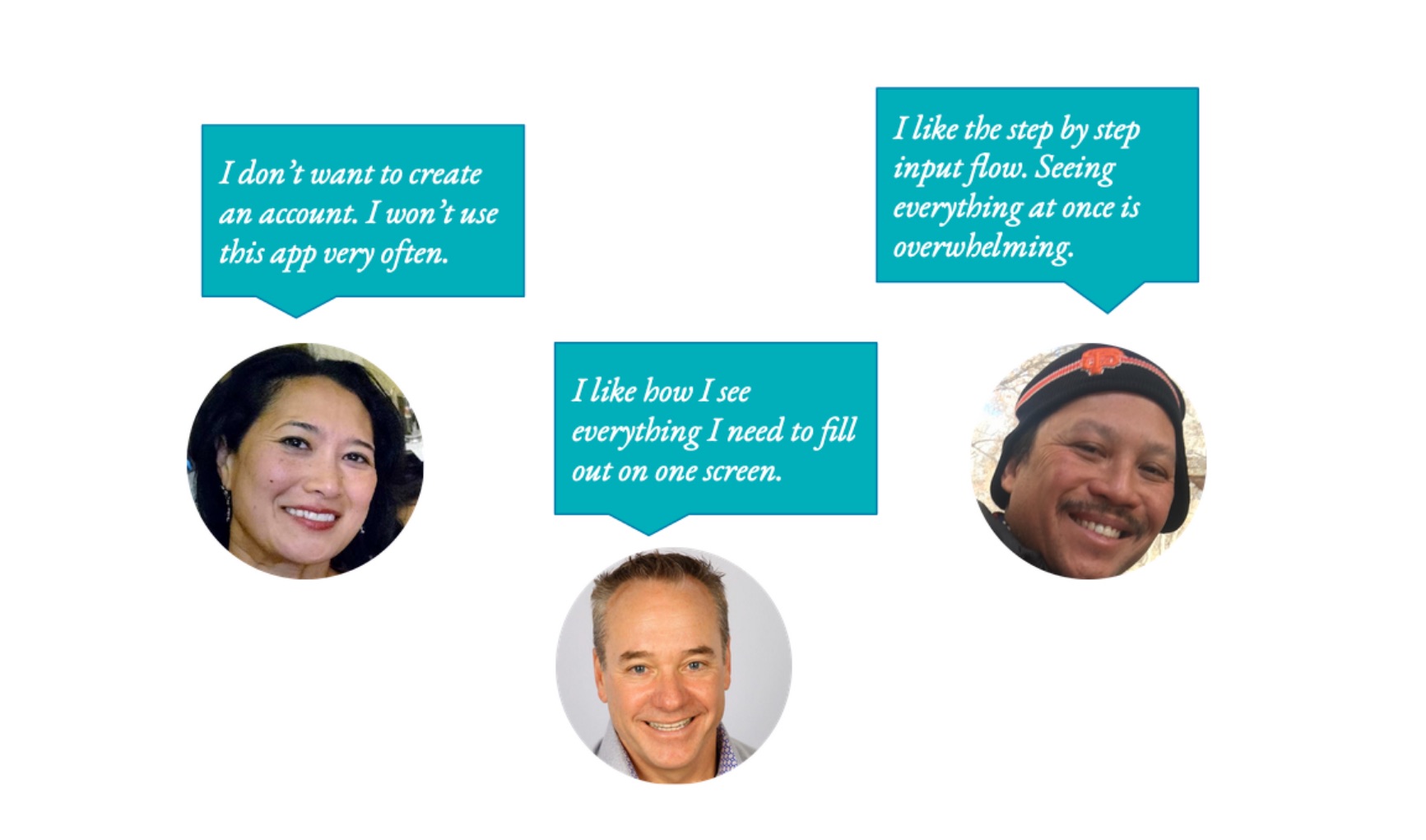 The purpose of my sketches is to present 2 distinct ideas and test them with users so I could understand what to take to wireframe. 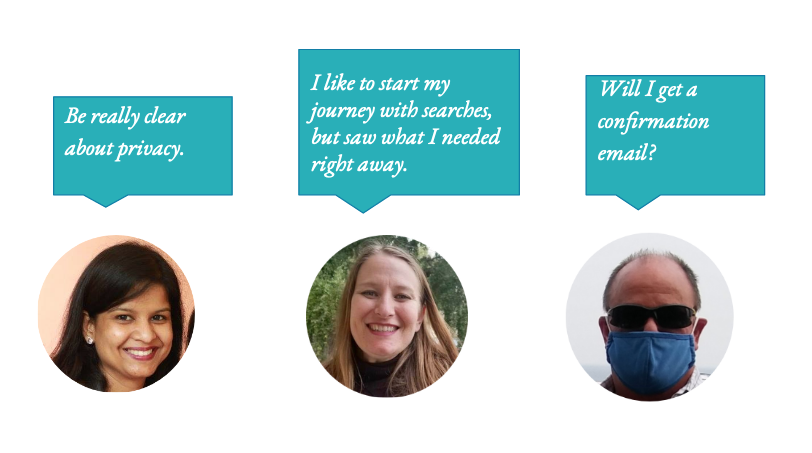 To uncover usability flaws in the UI and hear suggestions about how to improve the experience. These insights will carry forward into the prototype. 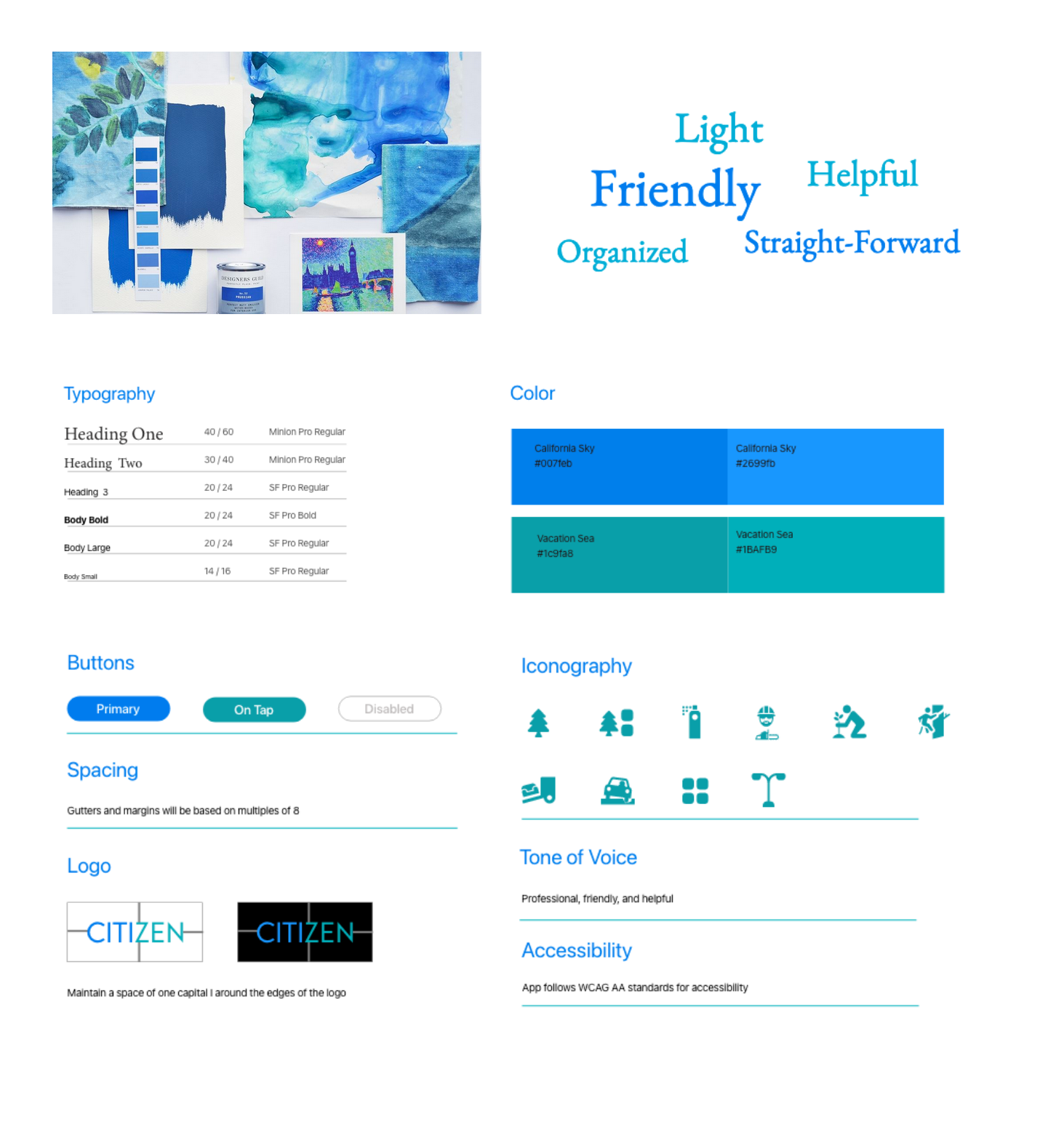 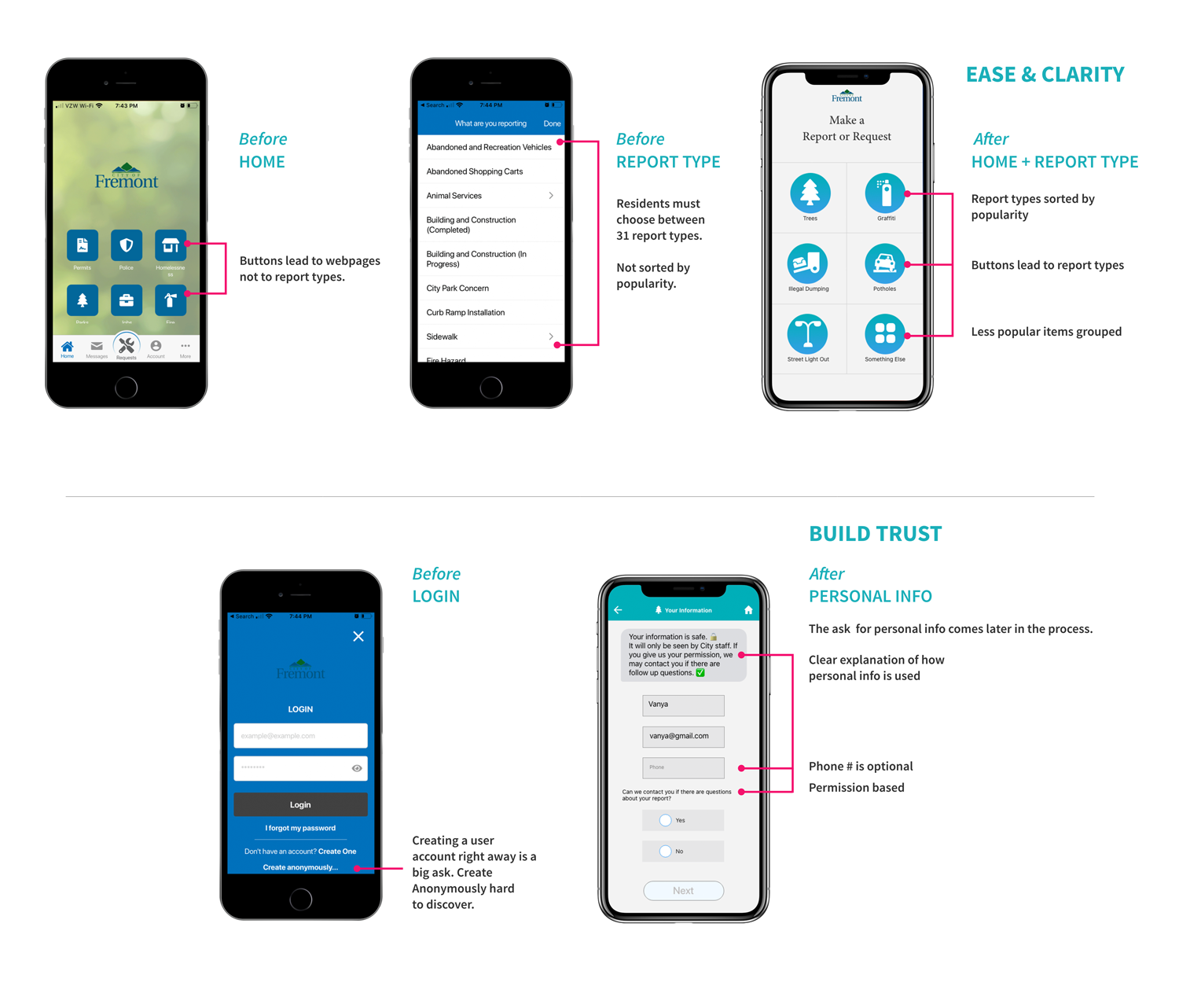 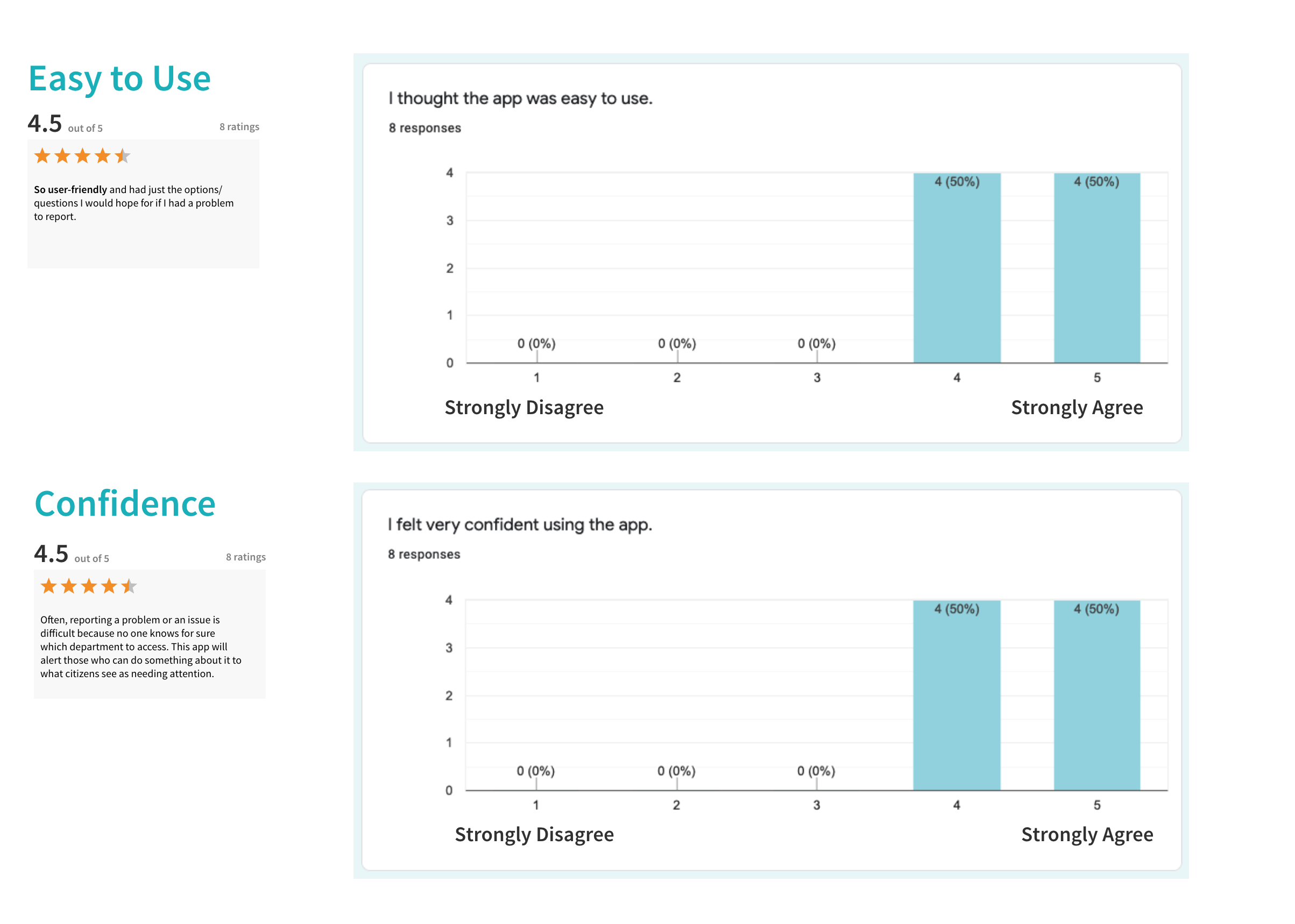 "So user friendly"
and had just the options and questions I would hope for if I had a problem to report.

"This app will save everyone time"
Reporting a problem is difficult because no one knows for sure which department to access. This app will alert those who can do something about the problem!

After testing the prototype I received more helpful feedback:

Final Design
"Never doubt that a small group of thoughtful, committed, citizens can change the world. Indeed, it is the only thing that ever has.”