Using a modified version of the Google Ventures Design Sprint process, I created a simple home accessory e-commerce app for a fictional company, House 2 Home. It took about one week to complete the entire process from understanding the problem to conducting remote user testing and interviews.

House 2 Home is designed for a target audience of urban and suburban adults who are shopping for home accessories for their new home or apartment on a budget. 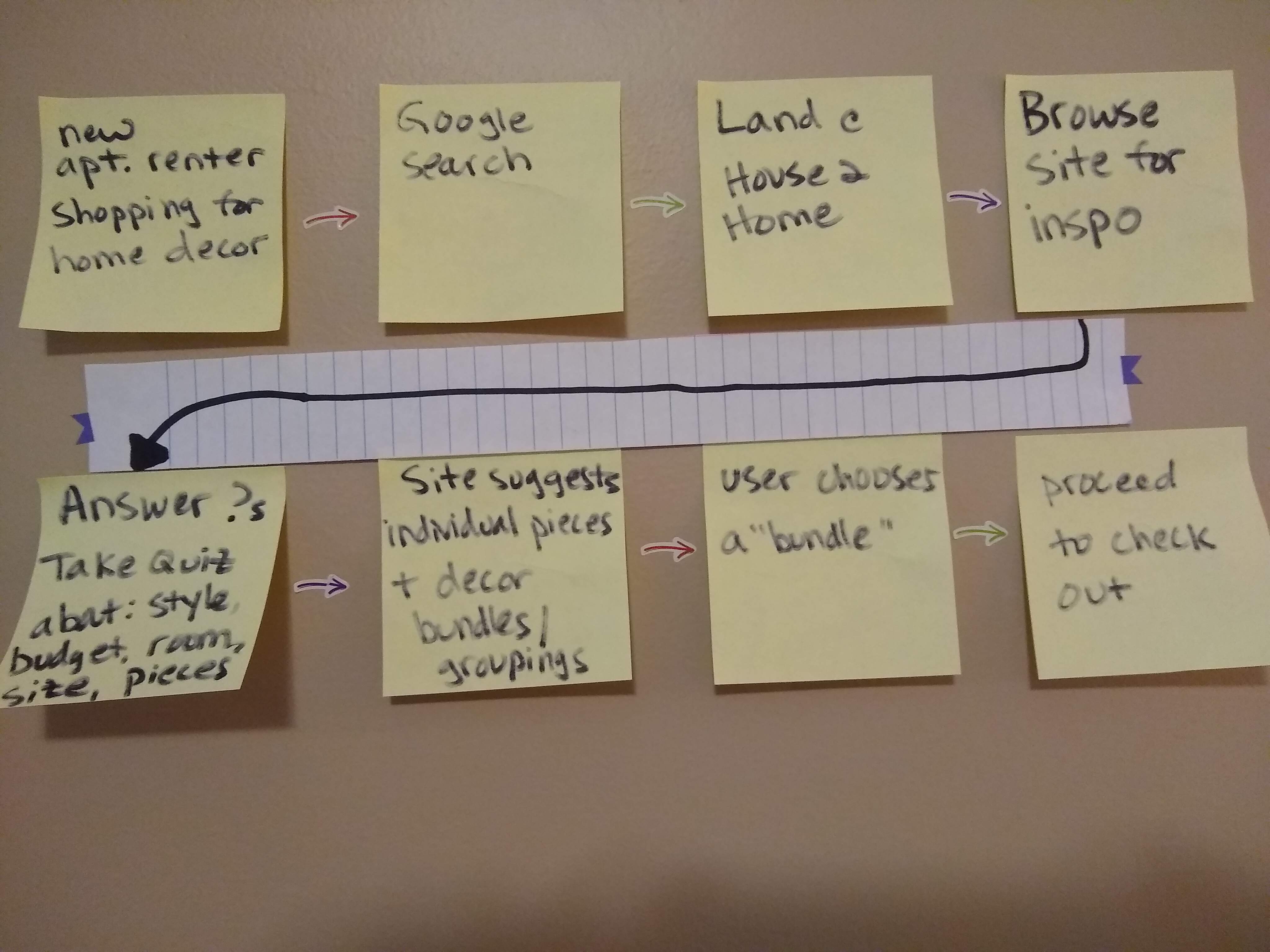 A quick sketch of a possible end-to-end user experience

The problem to solve: 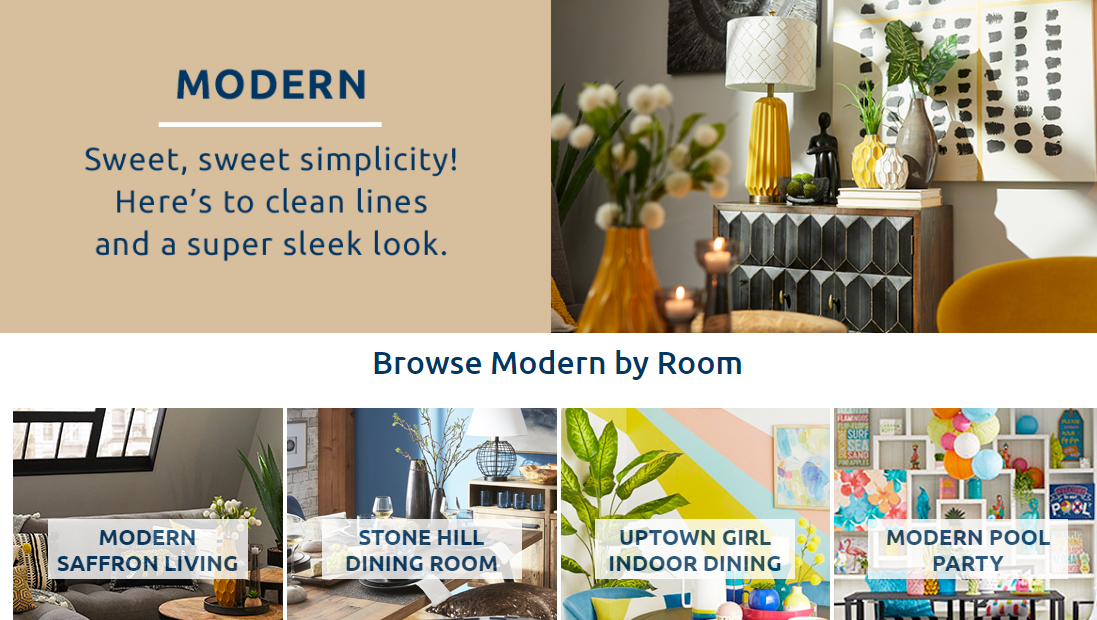 This section includes screenshots and written reflections about products I researched for inspiration in designing the House 2 Home app. 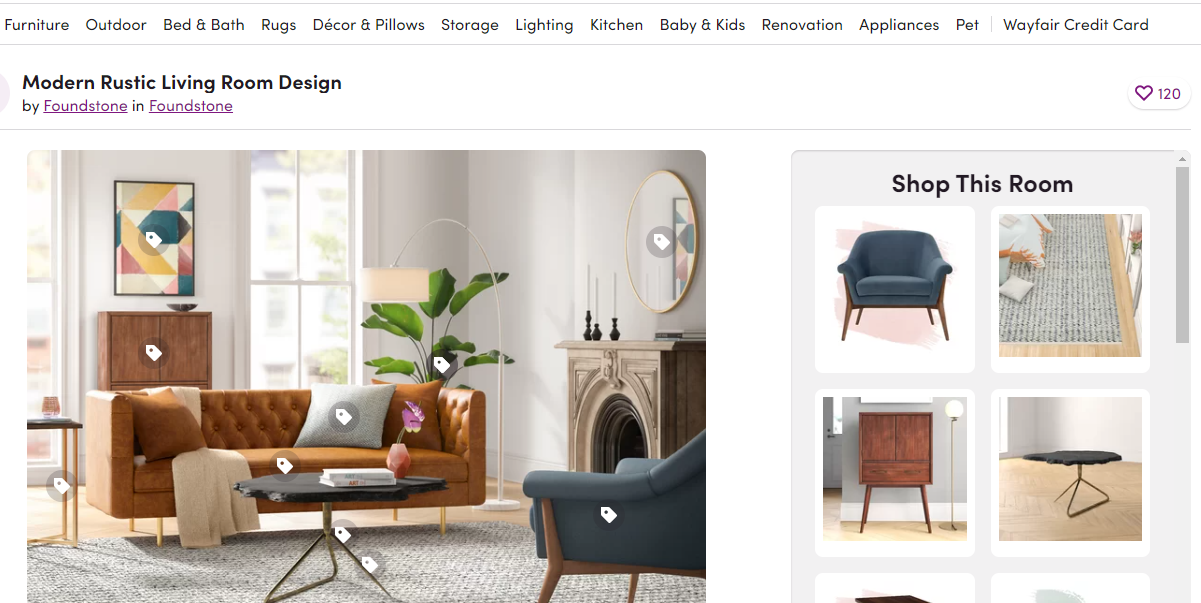 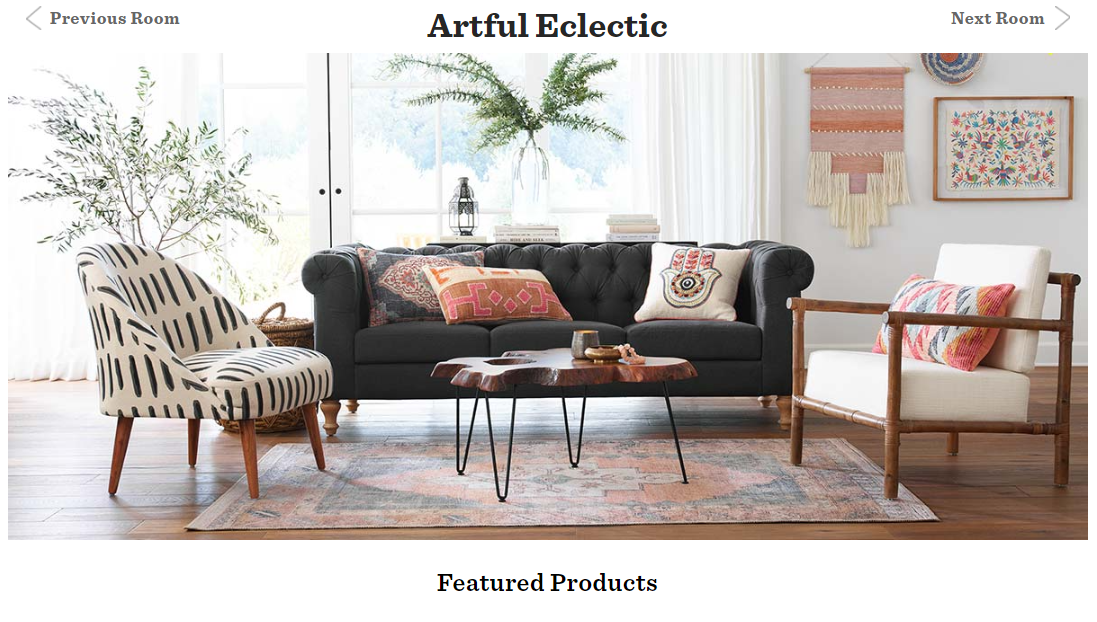 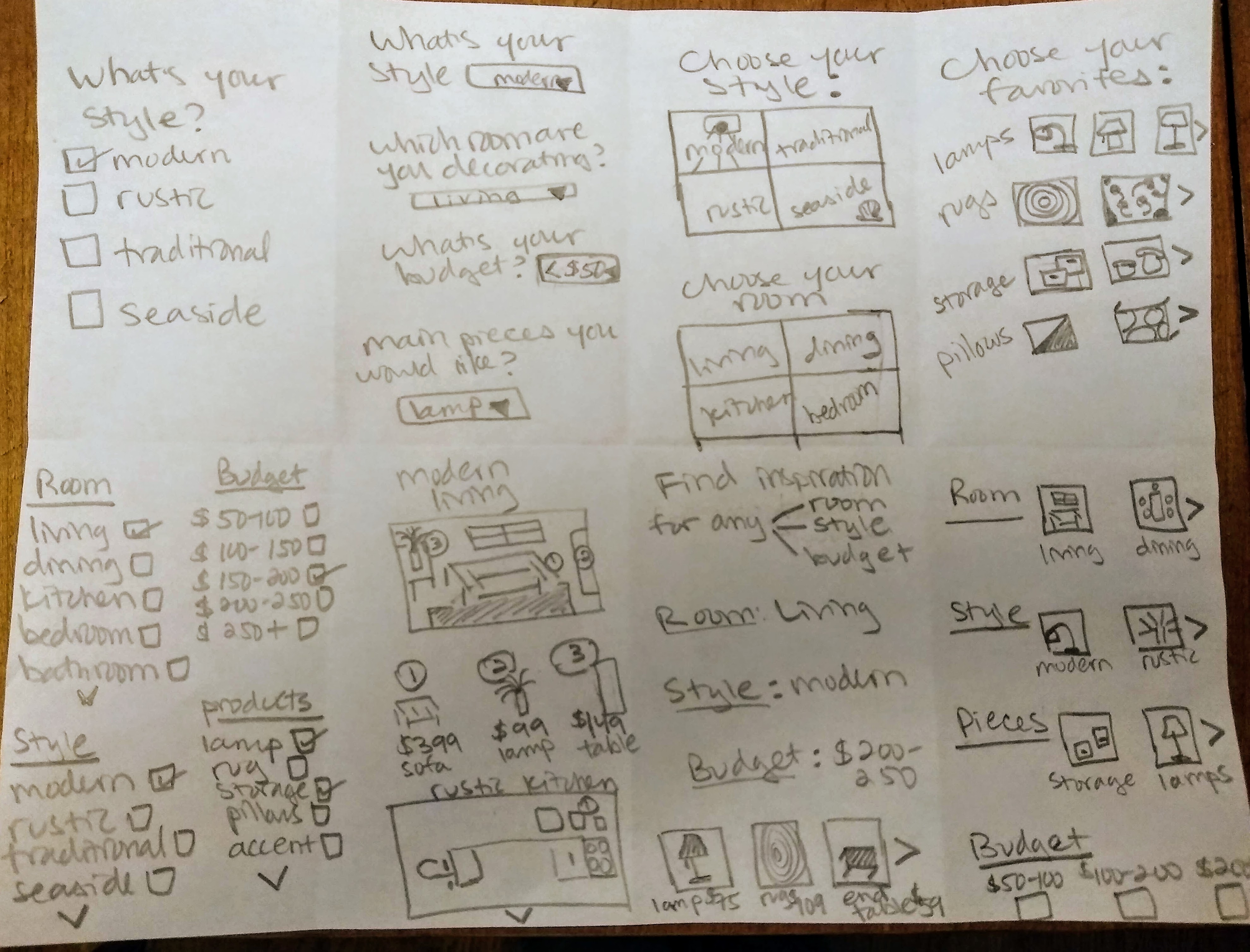 Since House 2 Home specializes in curating a specific look for each customer and offering them a bundle of multiple pieces that work together, the “most critical” screen selected is one where the user will choose their specific: style, room, pieces, and budget.

House 2 Home will then show the user a photo of their chosen room featuring pieces that fit their style and budget. That same screen will include stand-alone photos of each featured item with price and link to order. 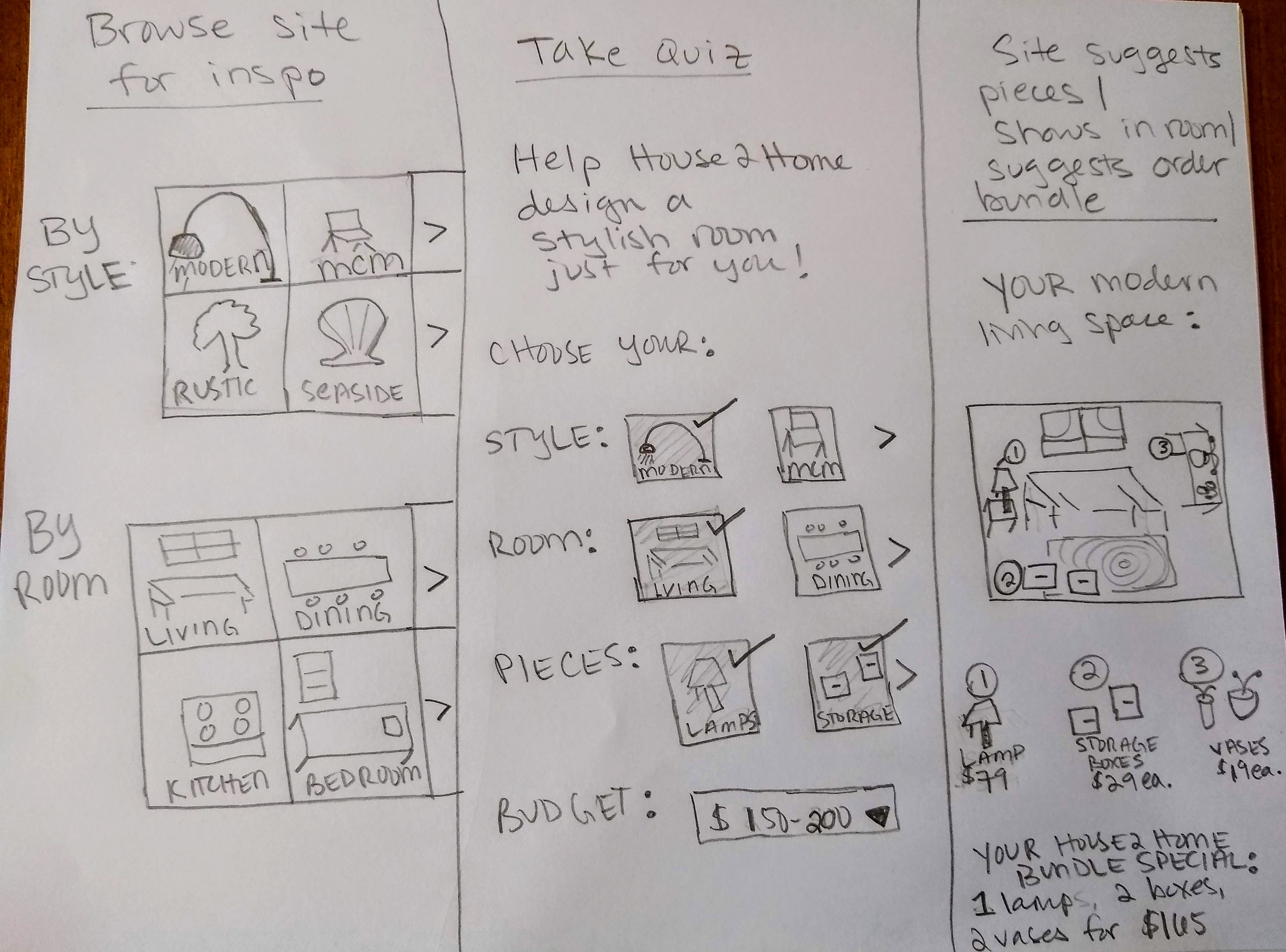 Day 3: Decide and
create a storyboard 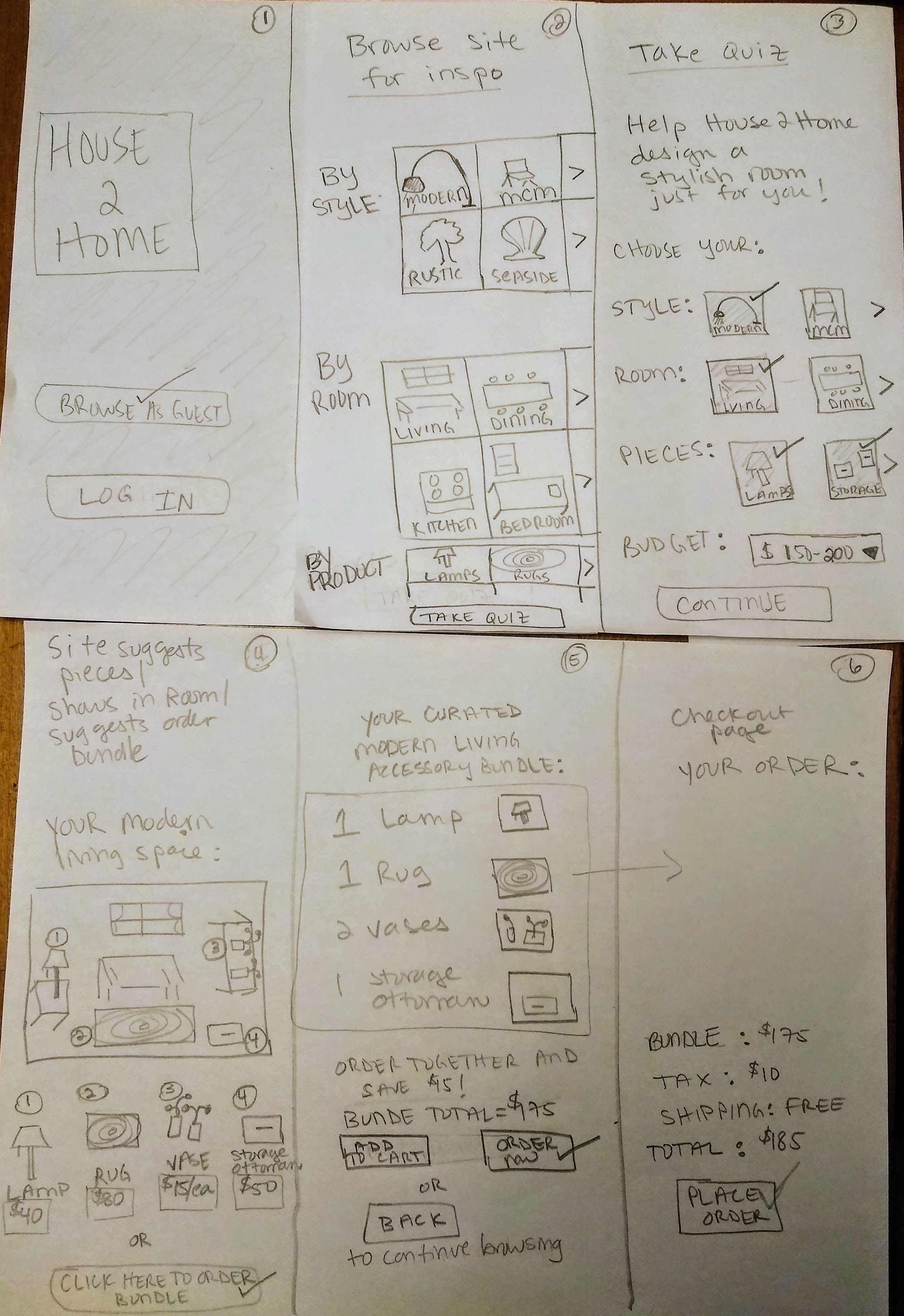 I decided that my solution would continue exploring the best way to offer a “curated bundle” of stylish products at a budget price to meet the needs of target users.

Thoughts on building a one-day prototype 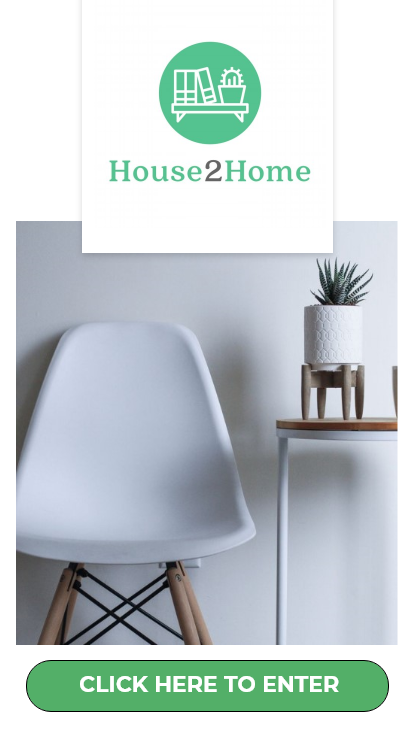 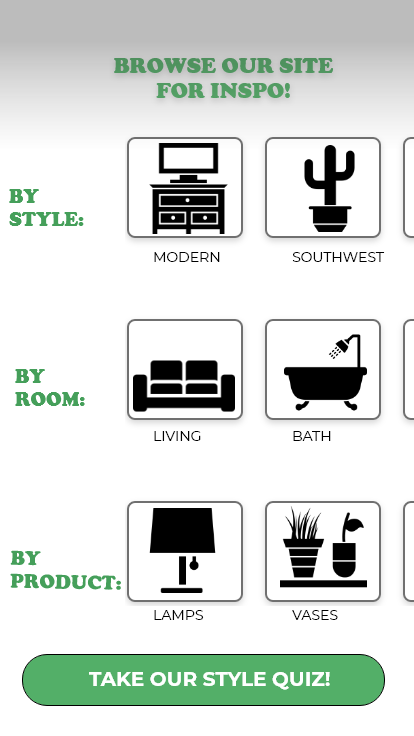 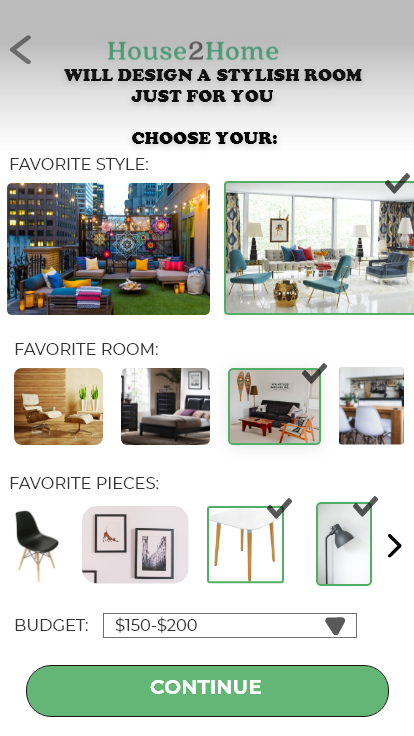 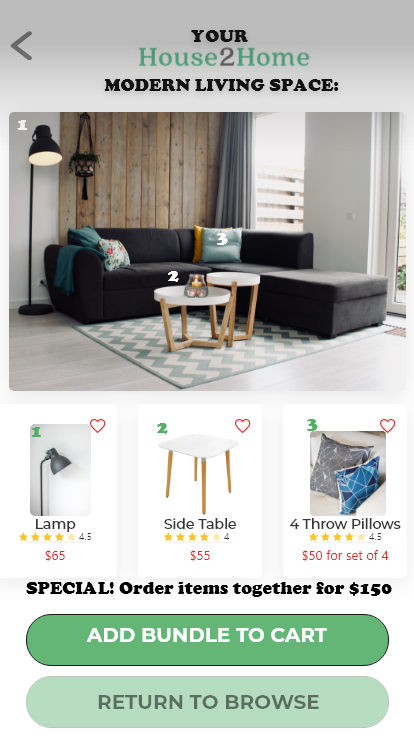 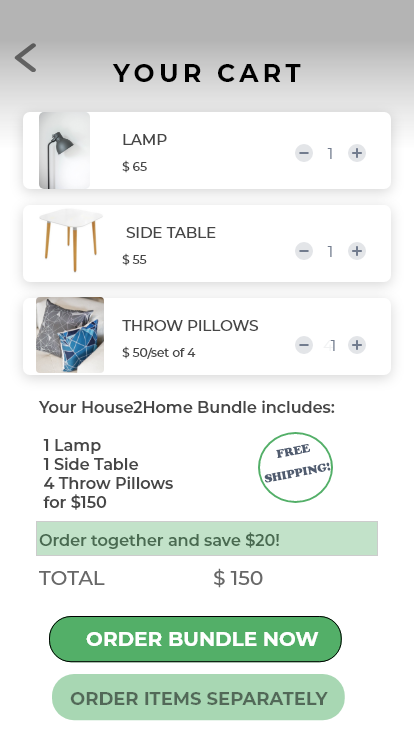 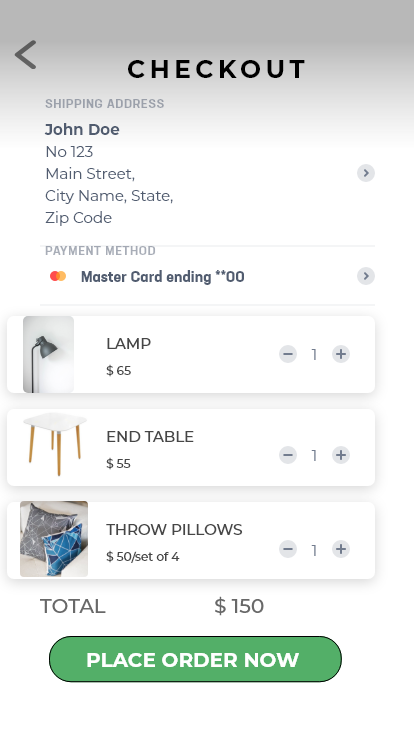 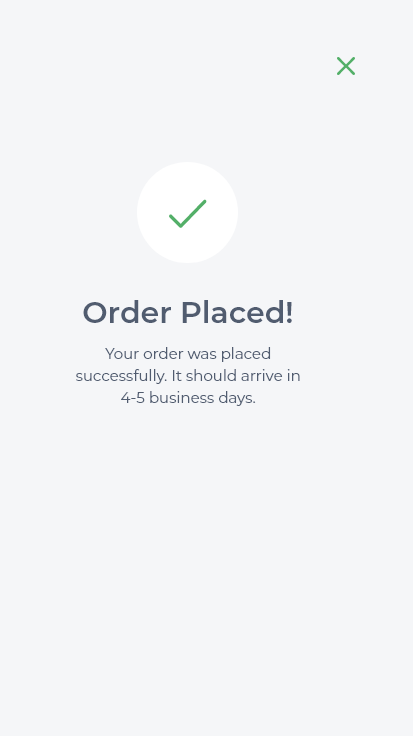 For this step, I conducted 5 remote user tests and follow-up interviews to reveal any possible usability issues.

Overall, users found the app to be useful and fairly easy to use, but they did have some feedback for improvement.

Some of the users’ suggestions were more complicated, and really beyond the scope of the design sprint, but could be for “House 2 Home 2.0,” these included:

Lessons learned from this project

The solo design sprint process was intimidating at first because I had never done it before and it involved a tight turnaround time.

I was mainly concerned that I wouldn't be able to find enough usability testers to do all the tests on the same day, as specified in the project guidelines. Due to scheduling conflicts, we ended up doing the tests over two days, but it worked out in the end.

Since I am not an experienced artist, I did like the fact that the sketches were expected to be done quickly and simply. I learned that I can sketch something acceptable and usable when under pressure.

This project really pushed me not to overthink things (which I tend to do), and just get ideas down and quickly decide which to move forward with. Overall, it was a good exercise and experience, and I feel quite proud when I look back on what I accomplished in such a compressed time frame.