Pilar Aranda Made with

The Joy in Avatars

How embodiment in the digital realm leads to happier interactions

Summer 2020 I was admitted to Oculus Launch Pad, that led me a path of discovery and collaboration with my peers through VR social interactions.

That is how the journey started for me. 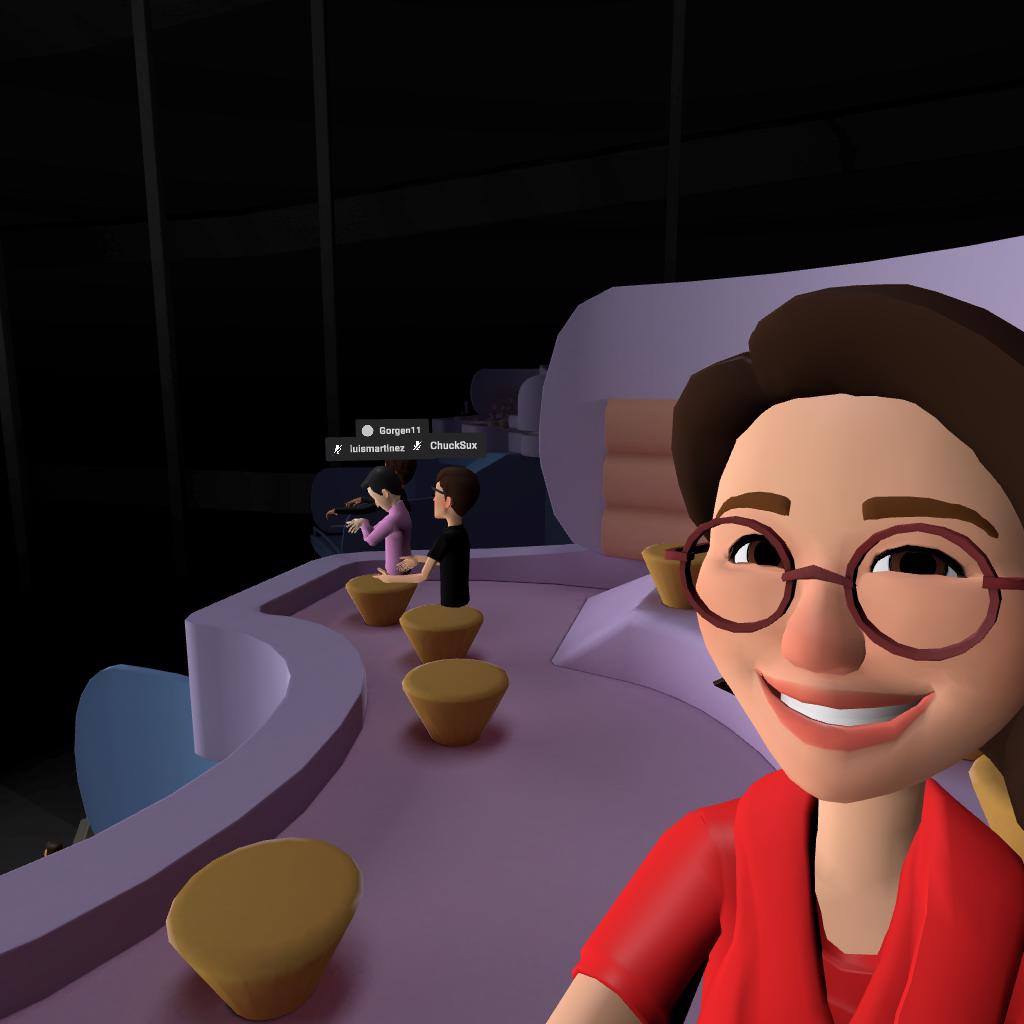 Feeling Well In Your Own Digital Skin

I wanted to dig a bit deeper to understand what are the key factors for successful embodiment in VR and other platforms. Why do we prefer to be represented in a particular way? 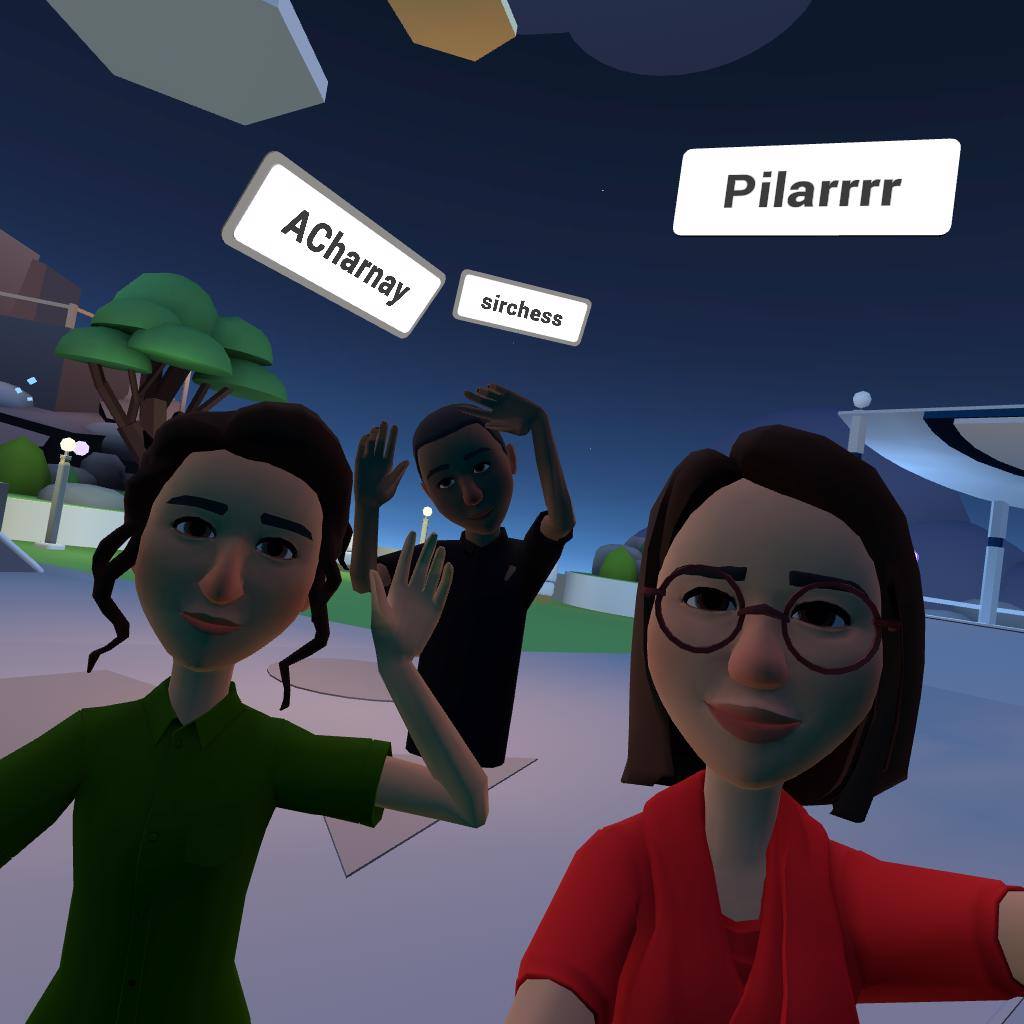 My target audience was targeted towards VR savvy users that have tried at least 3 different social VR platforms.

My Oculus Launch Pad peers and participants on the Facebook Horizon Beta program. 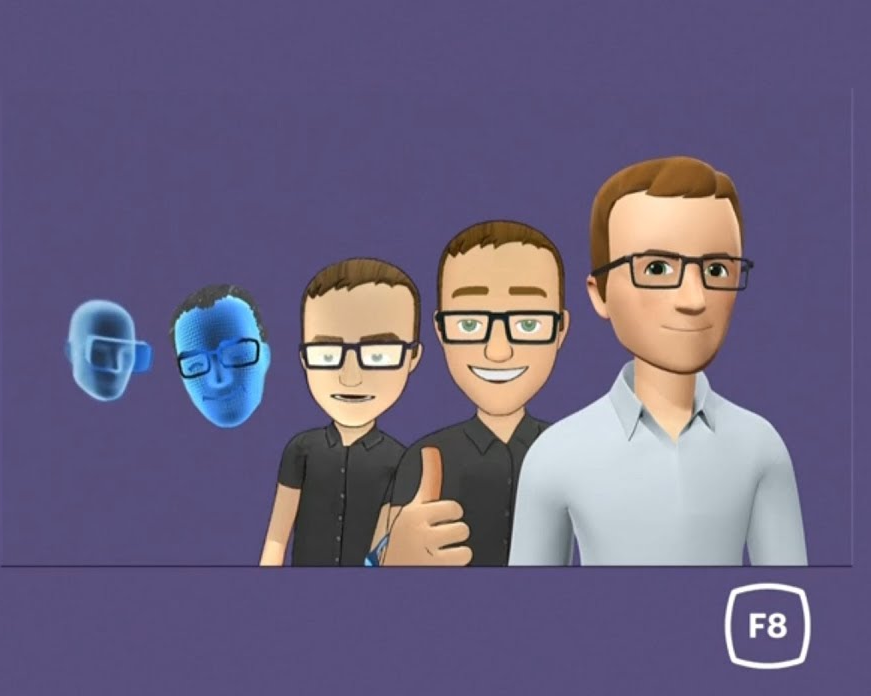 What is an avatar anyway?

Dictionary says: a static or moving image or other graphic representation that acts as a proxy for a person or is associated with a specific digital account or identity.

Derived from the Sanskrit avatra, meaning “descent,” avatar first appeared in English in 1784 to mean an incarnation or human appearance of a deity.

At the discovery phase , I conducted user interviews in order to get a better understanding of what the users felt around basic embodiment. 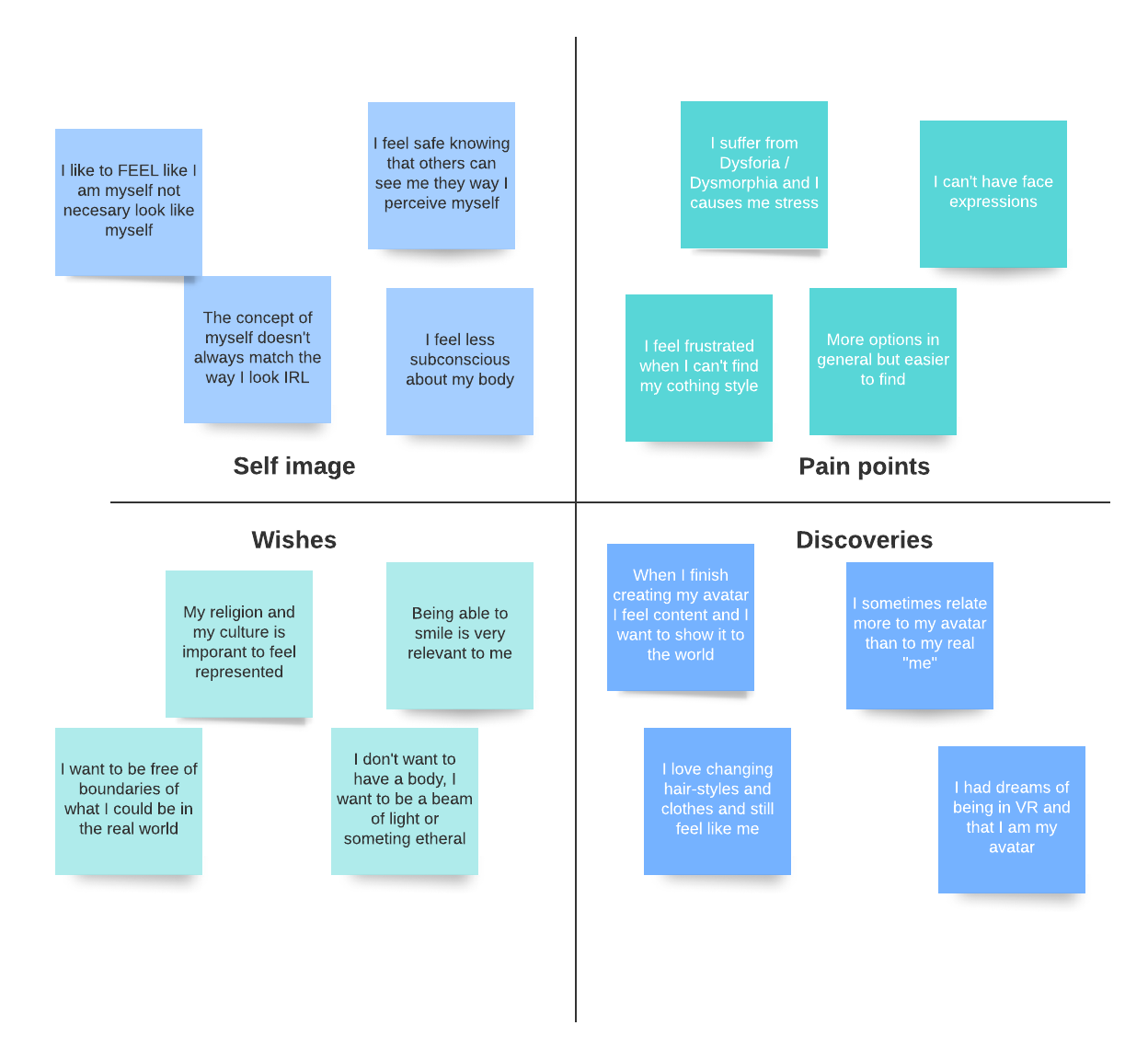 I conducted user interviews in order to get a better understanding of what the users felt around while socially interacting in VR with avatars. 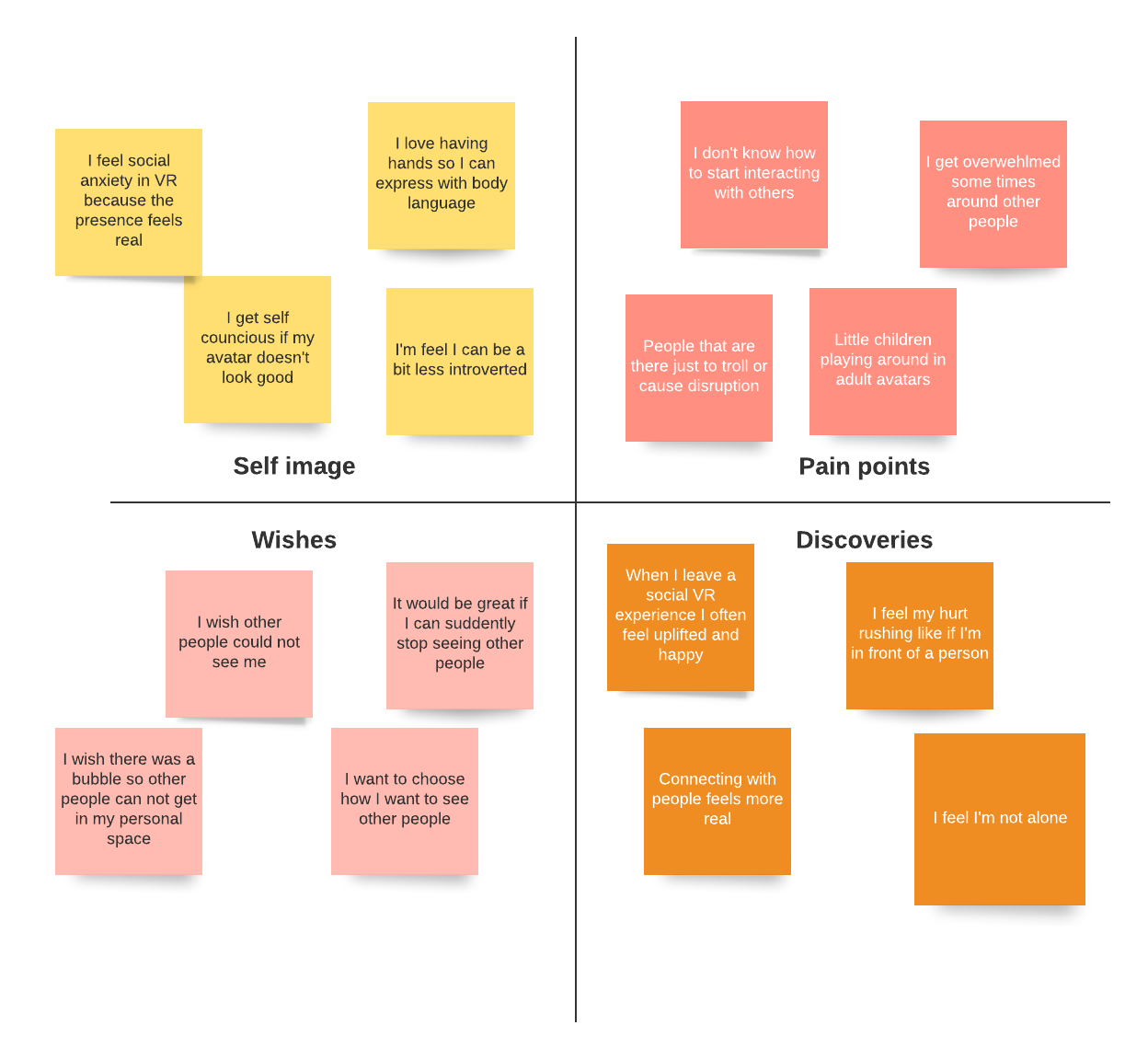 What have you learned from this project?

Overall, I realized that the interviewed users were in high rate of engagement. VR users showed to be passionate interviewees that deeply care about improving the media.

Users show in 70% of the cases to be positively affected by the look of their avatar.

Users in 85% of the interviews shared positive interactions with other peers in VR.

30% of the users wish they could add more representation to their avatars such as religion or culture identity.

15% of the users showed wishes to have an digital version of themselves that is more accurate to their true self. (Based on gender dysphoria, appearance, clothes...)

10% of the interviewees shared they wish their avatar did not match human form. 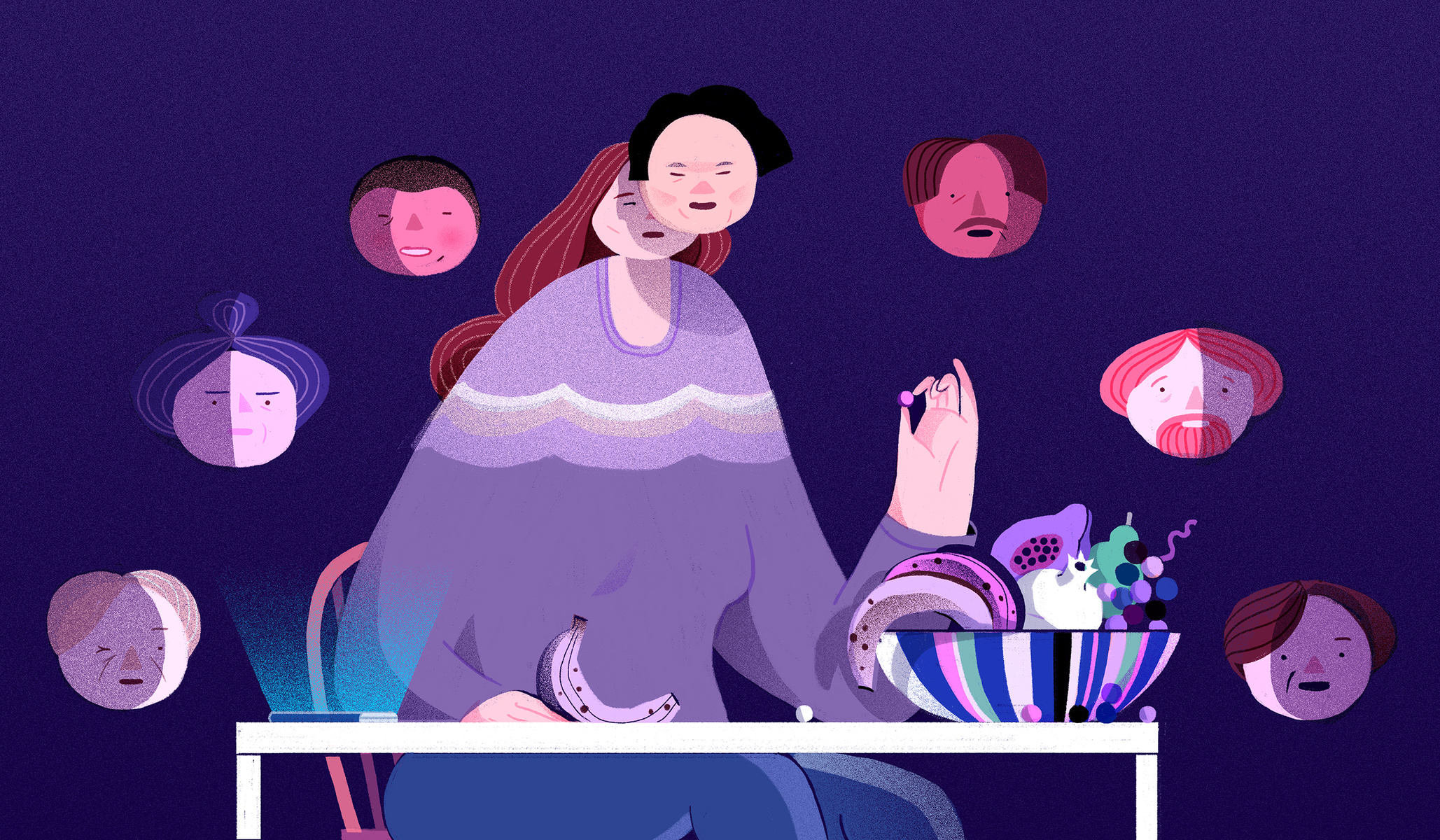